While Clickjacking vulnerability existing in particular page, this attack will trigger Self-XSS.

“Self–XSS is a social engineering attack used to gain control of victims’ web accounts.In a self–XSS attack, the victim of the attack accidentally runs malicious code in his/her own web browser, thus exposing it to the attacker“

Clickjacking Attack performs when an attacker to trick a user into clicking on a button or link on another page when they were intending to click on the top level page.

Thus, the attacker is “hijacking” clicks meant for their page and routing them to another page, most likely owned by another application, domain, or both.

Researcher Explained About the “XSSJacking”,

This attack leverages Pastejacking to force users to paste XSS payloads into text fields framed from other domains. These frames can be redressed, made invisible, and overlayed on top of other UI elements, making the user think they’re interacting with another website.

We Testing this vulnerability by “Pastejacking Attack” that allow to victim copy the email address instead of typing and past it in the Test forum registration page, you place an “Enter your email” field and a “Retype your email” field. 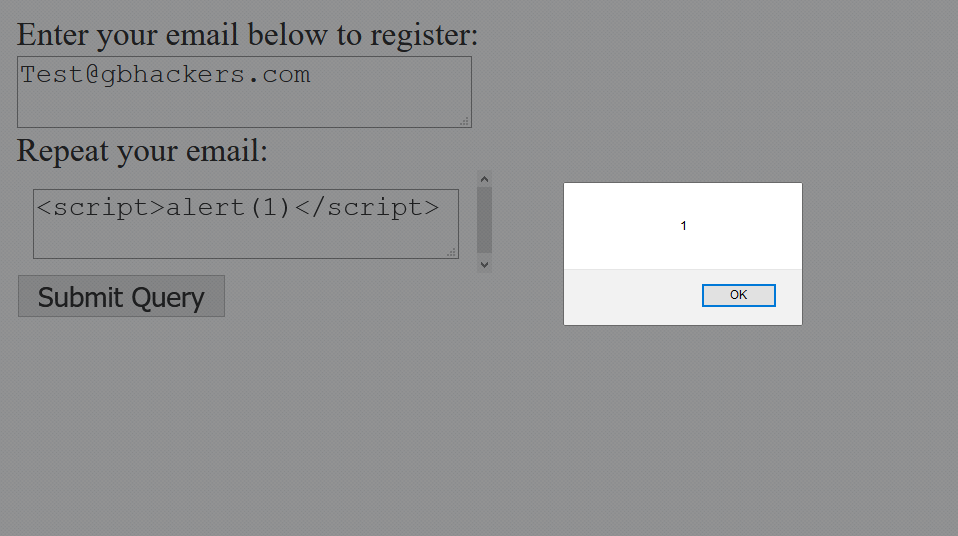 Most of the people, “copy-paste it in the second field” unknowingly malicious website has appended malicious code after his copy-paste text and inserted it into his Good Website settings page.

“After the copy, the contents of their clipboard get overwritten with <script>alert(1)</script>

This method can be combined with a phishing attack to entice users into running seemingly innocent commands.

The malicious code will override the innocent code, and the attacker can gain remote code execution on the user’s host if the user pastes the contents into the terminal, researcher Said

“XSSJacking was a way to chain the two issues together in such a way that got unsuspecting logged in users to XSS themselves,” Ayrey said.