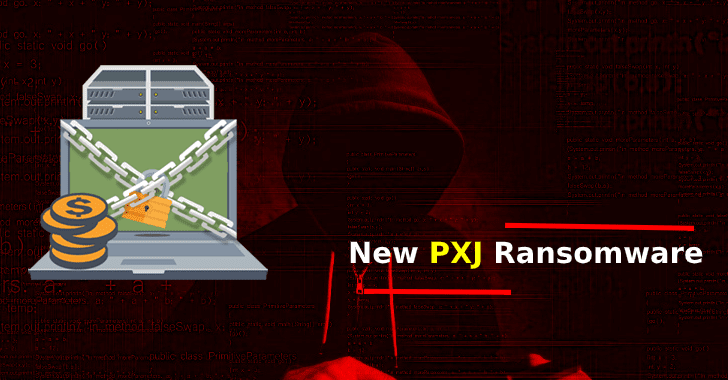 The new ransomware strain was discovered by IBM’s X-Force Incident Response team, and the ransomware malware is all known as “XVFXGW”.

The PXJ Ransomware code appears to be a new one, it doesn’t share any underlying code with known ransomware families.

The distribution method of the ransomware strain remains unknown, but mostly through emails, once it gets into the user system it checks with Recycle Bin and empties it.

It also destroys the files from shadow copies, disables Windows Error Recovery service and then executes serious of commands to destroy the user’s ability from recovering the data after it encrypted.

Once these services are disabled it starts the encryption process, for encryption, it uses both AES and RSA algorithms.

The ransomware encrypts the following files includes photos and images, databases, documents, videos and other files on the device.

Once the encryption completed it appends a “PXJ” extension and drops a file named “LOOK.txt” which has the ransom note.

Infected users can contact attackers only through the Email and users are asked to pay a ransom in bitcoins to get the decryption key.

Also, the attacker demands users to pay ransom immediately, else the ransom amount gets doubled after three days and the decryption key will get destroyed.

Researchers observed a dropped file named “Res.AAABANIx93RdufO4” with the old and new samples of ransomware, according to the ransom note, “victims should not delete this file, which leads us to hypothesize that this file may be used in the decryption process.”

The ransomware becomes a trunky business for cybercriminals it evolves every day with new ability and the threat actors behind it earn millions of dollars.