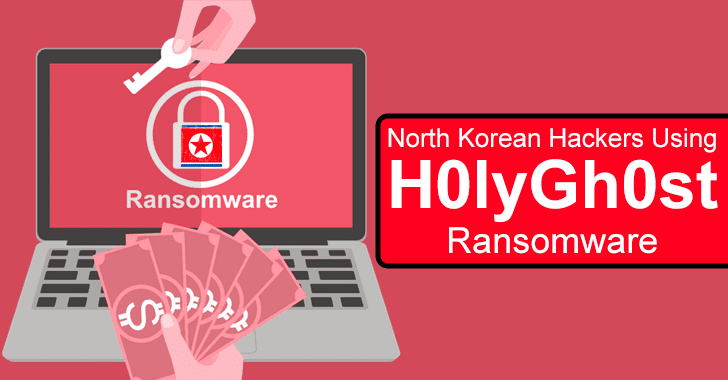 A ransomware operation called H0lyGh0st is being run by North Korean hackers for more than a year now, attacking small businesses across different countries with ransomware.

There has been quite a bit of activity on the part of the group for quite some time. The gang, however, was not able to obtain the same level of fame as the other gangs in the area.

Even to achieve fame and success they followed the identical formula of other gangs like:-

Currently, Microsoft Threat Intelligence Center (MSTIC) has identified the hackers as DEV-0530, who are calling themselves H0lyGh0st.

It has been known for at least a month now that the gang known as H0lyGh0st is using ransomware, and has succeeded in compromising many organizations in the past few months.

It is important to note that SiennaPurple (BTLC_C.exe) was an early variant of Holy Ghost ransomware that lacked many important features as compared to the Go-based versions.

SiennaBlue is the name given by Microsoft to the newer variants:-

In addition, the following features have been added to their functionality over time and are included in their current version:-

There are several targets that were compromised by DEV-0530, most of which are small to medium-sized businesses. There was a wide range of victims, including:-

As with most ransomware attacks, H0lyGh0st was organized as a scam and the operators stole data before encrypting the infected computer system with the encryption routine they had developed.

On the compromised computer, the attacker left a ransom note requesting a ransom payment. The cybercriminals also sent the victim an email with a link to a sample of stolen information that they had stolen.

In most cases, the operators behind this group demanded a payout anywhere from 1.2 to 5 bitcoins, Or else at the current exchange rate demand approximately $100,000.

The attacker was willing to negotiate even if the price was not high, sometimes lowering it to less than a third of what it had initially asked for.

A sub-group under the Lazarus umbrella, known as Plutonium, is believed to have connections with DEV-0530. The dark web portal of DEV-0530 says it aims to support the poor and starving people by closing the gap between the rich and the poor.

Here below we have mentioned all theRansomware mitigations recommended by the security experts at Microsoft:-