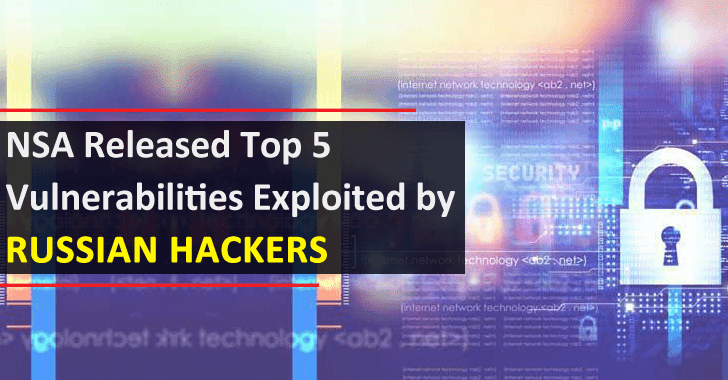 The cybersecurity and Infrastructure Security Agency (CISA) along with The National Security Agency (NSA), and the FBI has recently, released an advisory together about ongoing Russian Foreign Intelligence Service (SVR) exploitation of five publicly known vulnerabilities.

Mitigation against these vulnerabilities is critically important as U.S based networks are constantly scanned, targeted, and exploited by Russian state-sponsored threat actors.

The news pronounced that this advisory is continuously targetting five vulnerabilities in attacks against U.S. organizations and interests.

Not only this after knowing all the details regarding the advisory NSA said that they got the information that the Russian SVR is using the vulnerabilities to hack USA Govt. Networks.

The vulnerabilities were used against services that are being faced by the public, and the main motive of the threat actors was to obtain authentication credentials.

Once the threat actors get the details they can easily compromise the networks of US corporate and also the government networks.

The cybersecurity experts declared that the joint advisory clearly pronounces that the Russian SVR has been using a proper mixture of these vulnerabilities in their attacks.

However, the analysts have suggested that every administrator must install the security updates that are being associated with the updates as soon as possible.

Moreover, the mitigations that were mentioned above should be maintained and followed carefully by the administrators. Not only this but the NSA, CISA, and FBI have recognized all partners of private as well as public sectors for inclusive and collaborative efforts.