Is a website slow because of a poor internet connection or is the traffic overwhelmed because of a cyberattack?

In recent years, Distributed Denial of Service (DDoS) has become one of the most concerning attacks for businesses.

Hackers can use DDoS to target either large organizations or individuals, which means that businesses of any size as well as private individuals are vulnerable.

The DDoS attempt is silent. It’s not announced with a ransom note followed by demands, and won’t trigger your suspicions when you can’t log into the network using your credentials.

In fact, cybercriminals could attack a business with DDoS for months without it being discovered.

The motivation behind these attacks differs from case to case. Some threat actors might be hired by your competitors to decrease sales via your website. Others overwhelm the traffic of your network to take it down for financial gain.

What can companies do to protect their assets and networks from DDoS attacks?

Considering that DDoS is such a prominent threat, there are countless solutions to choose from, leaving many business owners overwhelmed.

Should you select ongoing or on-demand DDoS protection, what is likely to be targeted with DDoS, what is the best cybersecurity strategy to combat this attack, and how can you ensure that you discover malicious traffic early?

Parts of The System Vulnerable to DDoS Attacks

Most people think of DDoS attack as something that primarily targets websites because such stories often appear in the news. In terms of a DDoS protection strategy, it’s important to set up security that protects networks, individual IPs, websites, and DNS.

Web applications are likely to be targeted with malicious bots that imitate a surge of traffic on the website. Software such as Web Application Firewall is a useful tool that can detect and block such activity.

Sophisticated DDoS attacks against networks have been causing issues for companies that introduced cloud environments to their systems for a while now.

Tools that are designed to mitigate such threats can remove them in less than three seconds and protect every layer of the system you have.

Individual IPs for apps that are run on a single host also have to be secured against DDoS attacks. Internet-facing services are vulnerable to attacks because hackers have easier access to them.

As businesses look into the protection against the most common threats, they have to choose between various software to protect their networks. One choice they must make is whether they’ll opt for on-demand service or always-on DDoS protection.

Always-on service refers to the continual DDoS security that’s automated and scans for the possible malicious traffic on the websites and network at all times.

On-demand DDoS protection is applied when needed, and it is added layer by layer to complete the security. This makes it more cost-effective for businesses.

With on-demand DDoS protection, it’s also necessary to select between enabling it to work automatically or manually.

Companies with IT teams and cybersecurity experts often decide the manual option as it gives them greater control over the protection of networks in case of an attack.

The truth is that every company has different devices and networks it has to protect. Based on the size and complexity of the security and the number of assets, they might have dedicated IT teams or rely on automated tools to discover and remove threats.

Depending on the type of their business, the most likely part of the systems that could be hit by a DDoS attack could be either an eCommerce site that brings in the majority of the revenue. Or it could be the network adjusted for remote work that is on a cloud environment.

To protect the organization, define the assets that are prone to DDoS. Those are parts of the security that have to be continually monitored for possible breaches and attacks but also protected by software that can discover and mitigate attacks.

Management of cybersecurity is the last step after setting up the tools that protect organizations from attacks. IT teams operate the security in three steps:

With DDoS, possible threats are going to be an indication of the attack. For example, that could be a slower network than usual or large surges of incoming traffic that aren’t typical for the website.

Suspicious traffic can be halted and redirected to prevent it from overflowing the system or even disrupting it to the extent it can’t be accessed.

The third step is to fix any vulnerabilities that have been discovered in the DDoS attempt. Hackers exploited them to target your system, and it’s necessary to patch up old flaws to prevent future incidents.

Reacting Early Is the Key to DDoS Protection

DDoS mitigation is time-sensitive. When organizations are defending their assets from this attack, it’s necessary to discover and remove the threat early.

As cybersecurity experts know, with every minute that passes amid a DDoS attack, the mitigation gets more difficult and the company has to suffer greater financial damage.

Many companies don’t discover that they are being the victim for months on end. In the meantime, their network is overwhelmed and teams have a hard time completing their daily tasks.

In case of a website attack, shopping carts are being abandoned by customers because it takes too long for the products to load and purchase completed. This means money trickling down the drain, and likely damaged reputations too.

Set the tools that can discover DDoS attacks before they can overwhelm the traffic and turn into a major incident.

After that, manage the security by continually scanning for suspicious traffic and disabling unwanted activity. Protect the business that you’ve spent years building and growing. 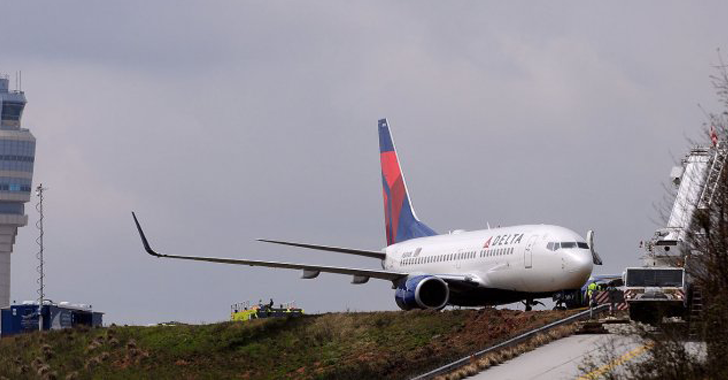