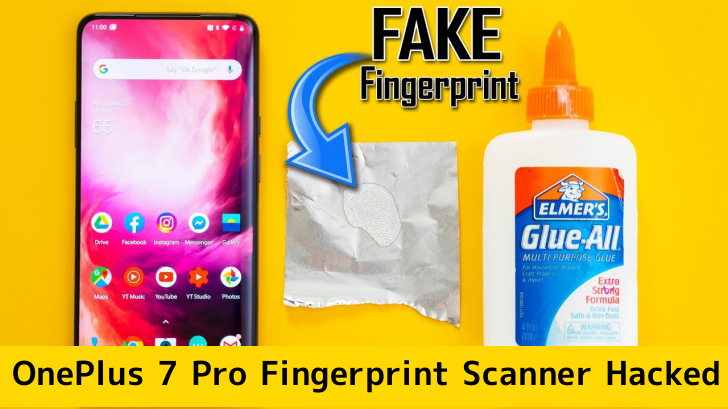 Apart from the security, The OnePlus 7 Pro is an impressive device that falls in the flagship category of smartphones. It has an immersive display, which supports an awesome viewing experience. The large and sharp screen also comes with glass protection.

Very recently, A reviewer from Max Tech YouTube channel revealed that the display fingerprint sensor in onePlus 7 pro is vulnerable to compromise and unlock the phone using a hot-glue gun.

Even though One Plus 7 Pro impressively quick unlock the phone but they failed to improve the security.

The cloned fingerprint could also open a OnePlus 6T but didn’t fool the ultrasonic reader used by the Samsung S10.

The process is little hard in practical since you need to get the target phone owners fingerprint, but it’s possible to grab the fingerprint while victim sleeping and you could just use their own finger again.

If you’re concern about security, then you make sure to implement an alternative extra layer of protection such as password unlock.