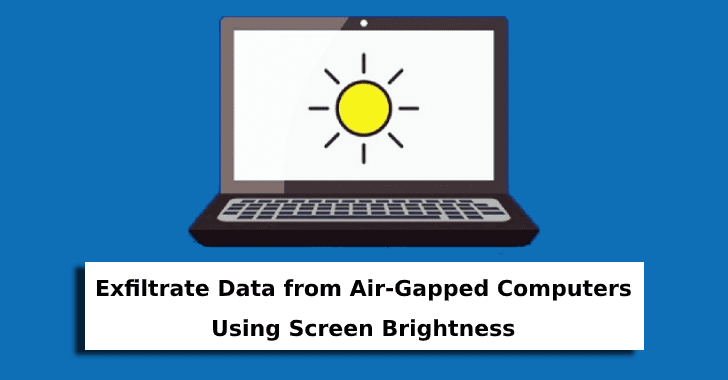 New cybersecurity research shows that attackers can exfiltrate sensitive information from the air-gapped computers by manipulating the brightness of the screen.

The attack was discovered by a team of researchers from Ben-Gurion University of the Negev, Israel. The air-gapped computer attack introduces a new covert channel.

With the new optical covert channel attacker can exfiltrate the data while the user is working on the computer.

How the Attack Works

The attack assumes that the targeted system is already infected with the malware and by this optical covert channel method, attackers can exfiltrate data bypassing intrusion detection systems (IDS), firewalls and AV programs.

The malware collects sensitive information from the installed computer and then it encodes the data as a stream of bytes and modulates on the screen.

It is invisible to the human eye, but by recording the computer screen with a camera attackers can reconstruct the sensitive information by using image processing techniques.

With the attack model proposed by researchers, the RGB color component of each pixel is slightly changed and the changes are relatively small, fast and invisible.

Here you can find the video demonstration of the attack.

More details of the attack can be found in the paper published by researchers titled “BRIGHTNESS: Leaking Sensitive Data from Air-Gapped Workstations via Screen Brightness“.