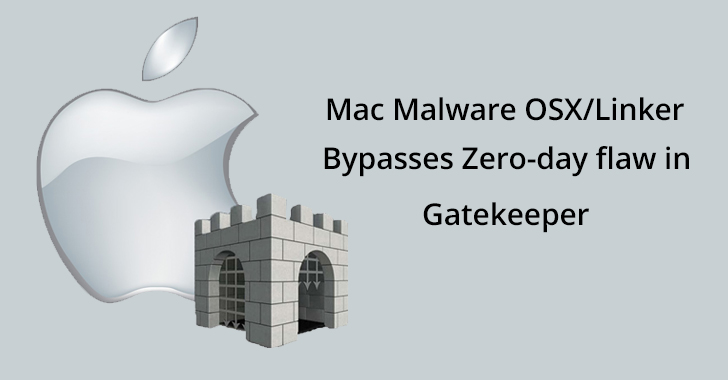 The MacOS X GateKeeper zero-day vulnerability was publically disclosed by Filippo Cavallarin on May 24, as the Apple missed its 90 days deadline to fix the vulnerability.

“As per-design, Gatekeeper considers both external drives and network shares as safe locations, and it allows any application they contain to run. By combining this design with two legitimate features of MacOS X, it will result in the complete deceivement of the intended behavior,” reads Filippo Cavallarin blog post.

Gatekeeper in apple is a mechanism to check for the presence of code signing certificates status and verifies the developer signature before allowing the application to execute.

Anonymous users uploaded the samples to virustotal, Intego spotted four such samples, the first sample uploaded by an anonymous user from Israel, after that within seven minutes other three samples uploaded form United States.

Intego believes all the files uploaded by the same user, possibly he forgot to mask the IP address for at the time of uploading the first sample. The IP referenced by the disk images’ symlinks has been taken down by hosting company or voluntarily.

“It is not clear whether any of these specific disk images were ever part of an in-the-wild malware campaign. It is possible that these disk images, or subsequent disk images, may have been used in small-scale or targeted attacks, but so far this remains unknown.”

As usual, the threat actors behind the campaign disguised the disk images as Adobe Flash Player installers to trick the Mac users.

Network administrators are recommended to lock down their network to prevent NFS communications from external IP, and for home users, there is no fix until Apple releases a security update.