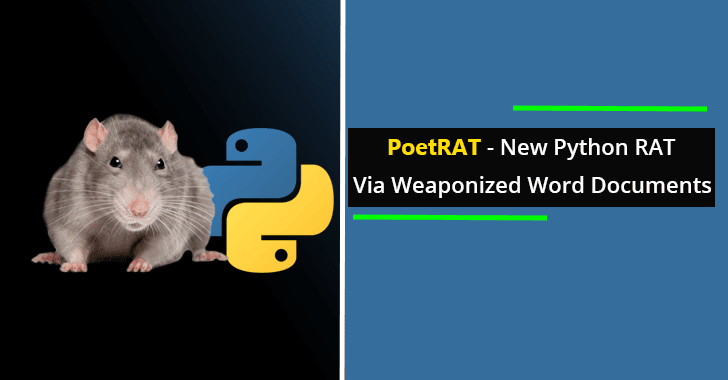 A new malware campaign uses word documents to drop malware on the victim machines that allow attackers to gain remote access over the machine.

The campaign uses COVID-19 lures and it is a highly targeted one, it primarily targets the public and the private sectors as well as SCADA systems.

The malware named PoetRAT as it references to William Shakespeare, the RAT helps attackers to maintain control over the computer and to exfiltrate sensitive data.

The RAT has tools to monitor the hard disk and to exfiltrate the data automatically, along with that it has additional RAT features such as keyloggers, browser-focused password stealers, camera control applications, and other generic password stealers.

The threat actor uses Word documents to drop the malware, once the word document is opened the macro will get executed and starts extracting the malware.

Multiple campaigns observed, in one of the campaign, the word document contains blurred scripts and mimic to be from the Ministry of Defence of India.

In another campaign the documents include some realistic stats of the Corona Virus, once the document is opened the dropped gets downloaded from the URL “hxxps://gov-az[.]herokuapp[.]com/content/Azerbaijan_special[.]doc.”

In both of the campaigns, the dropper is the Word document and the process is innovative, researchers observed that “starts by loading its own document into memory. Afterward, it copies 7,074,638 bytes from the end of the file and writes the remaining bytes back to the disk.”

The downloaded zip file “smile.zip” contains Python interpreter and Python script which is actually the RAT. Before launching the RAT checks for the execution environment.

During the campaign the attackers also placed some additional tools;

Researchers observed that the same server is used to launch a phishing attack also, aimed to steal login credentials.

According to the analysis “attacker wanted to gain a full picture of the victim by using a keylogger, browser credential stealers and Mimikatz and pypykatz for further credential harvesting”.

How Can The Coronavirus (COVID-19) Disrupt Cybersecurity Operations?