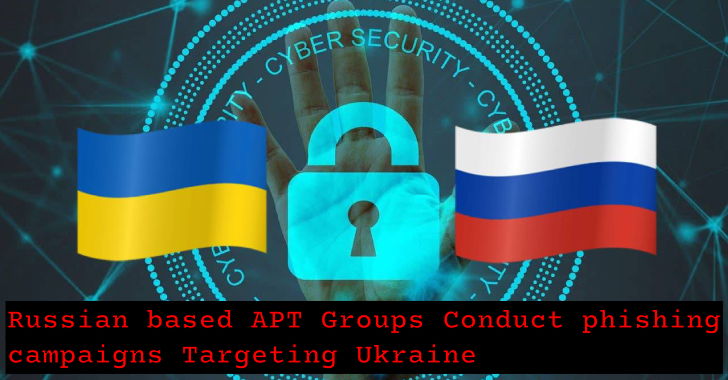 Google’s Threat Analysis Group (TAG) have been sending warnings to Ukraine and its government about hackers from Russia. In a span of 1 year, TAG has issued several warnings about government-backed hackers targeting Ukrainian users.

In the last two weeks, TAG saw an increased activity from threat actors that they have been regularly watching for over a period of time. Threat actors such as FancyBear and Ghostwriter were very well known by law enforcement agencies. Their attacks range from espionage to phishing campaigns.

This hacker group is based upon Russia that have made several phishing campaigns with their primary target as UkrNet (ukr(.)net), an Ukrainian Media company. Most of the campaigns were done through compromised email accounts that send a domain link which is controlled by the attackers. No accounts were from gmail or google, TAG added.

Phishing pages that were observed are listed below

Phishing domains for Ghostwriter campaigns were

This threat actor is based out of China has targeting many European entities. The email campaigns will consist of information about Ukrainian Invasion along with a .zip file like “Situation at the EU border with Ukraine.zip”. This zip contains the executable.

It is a boot loader which when executed will download many files along with the final malware payload. These threat actors usually target Southeast Asian targets but it seems like they have shifted to European organizations.

The Ukraine sites such Ukrainian Ministry of Foreign affairs, Internal affairs and many services like Liveumap were observed to have attempted DDoS campaigns. TAG also posted their “Project Shield” which will provide free protection against DDoS attacks which will help Ukrainian government and other worldwide government agencies to defend DDoS attacks.

TAG also posted that, “We’ll continue to take action, identify bad actors and share relevant information with others across industry and governments, with the goal of bringing awareness to these issues, protecting users and preventing future attacks. And while we are actively monitoring activity related to Ukraine and Russia, we continue to be just as vigilant in relation to other threat actors globally, to ensure that they do not take advantage of everyone’s focus on this region.”