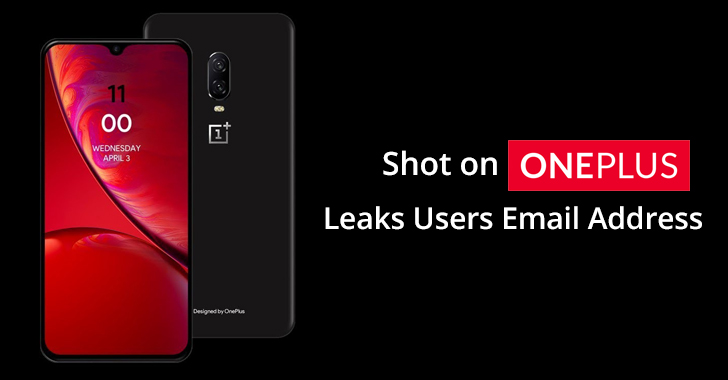 A critical security flaw with OnePlus device wallpaper app Shot on OnePlus leaks hundreds of user’s email address. The flaw resides in the API that used to host the photos.

The Shot on OnePlus is an application used to access photos uploaded by OnePlus users, allowing them to set wallpaper and to upload photos from the app or through the website.

9to5Google reported the bug in the API that facilitates the connectivity between the server and the OnePlus app. The API hosted on open.oneplus.net is insecure and can be accessed by anyone who has the access token.

The API is mainly used to get public photos, but the response obtained through API used by onePlus exposes sensitive data that should not be accessed publically.

It exposes the photo details, including photo code, author, email, focal-length, photo topic, uploaded location, and the uploaded time. It is unclear for how long the app is leaking the details; 9to5Google believes that it was leaking the data since its release.

Another critical vulnerability with the leak is the OnePlus gid which used to identify the user; the gid is an alphanumeric code which is used by OnePlus’s API to find photos added by the user.

The first part of the gid represents “user is from China (CN) or somewhere else (EN)” and the second part is the “unique number, like 123456”, which is easily guessable by cycling through random numbers.

9to5Google contacted OnePlus about the issue, but they haven’t received any direct responses, anyhow OnePlus made changes to the API, and for gid flaw, they added validation strings to make sure is only used by the Shot on OnePlus app, and now they obscure the email address by adding asterisks.