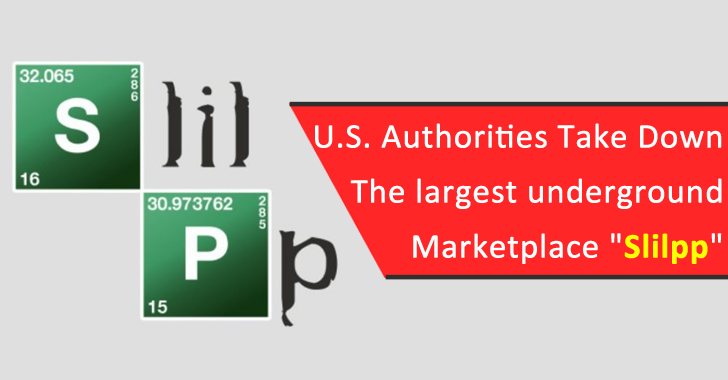 The U.S. Department of Justice has proclaimed that in association with law enforcement agencies in Germany, the Netherlands, and Romania, it has recently taken down the domain names and servers of SlilPP.

But, don’t know about SlilPP? It is a black market website that deals with and sells stolen credentials on the dark web.

“The SlilPP marketplace allegedly caused hundreds of millions of dollars in losses to victims worldwide, including by enabling buyers to steal the identities of American victims. The department will not tolerate an underground economy for stolen identities, and we will continue to collaborate with our law enforcement partners worldwide to disrupt criminal marketplaces wherever they are located.”

While at the moment of seizure, the security authorities discovered that the vendors of SlilPP marketplace were selling more than 80 million login credentials that belong to the users of more than 1,400 companies, and not only that among them even some are high-profile ones.

Nearly 10 years ago this black marketplace, SlilPP was founded, and that’s why the security authorities of law enforcement agencies have claimed that the total loss of victims caused by SlilPP is very difficult to calculate.

However, the US Department of Justice has estimated the approx loss value caused by SlilPP is more than $200 million in the United States alone.

Though the full influence of SlilPP is not yet known, but, from the above damage figure we can assume that how devastating the approx damage value could be.