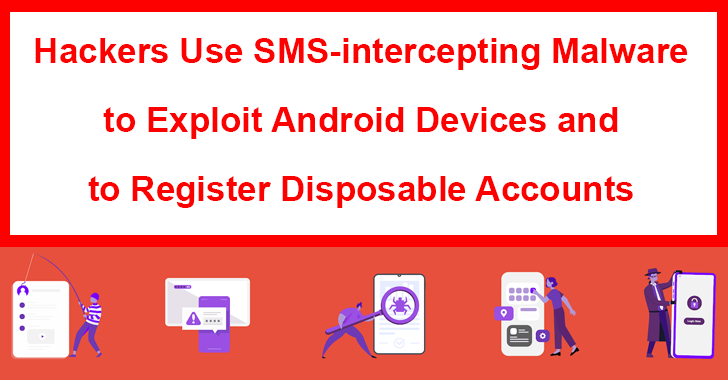 Trend Micro cybersecurity researchers have recently noticed that in the last two years, there was a huge increase in short message service SMS and phone-verified account PAV.

However, this service has led to the discovery of a rogue platform that built a top botnet which also includes thousands of infected Android phones. This service is generally used by malicious threat actors to register disposable accounts in a series.

Both the service is SMS and PVA has essentially the same key features, that’s why we have mentioned them below:-

Apart from this, the analysts found some of the capabilities of the services SMS and PVA. These services are generally built on Android phones along with SMS-intercepting malware.

Even they have also pivoted these services through the API URLs as well as from the website. However, in this attack, the API name and functionality of smspva[.]net and lm.enjoynut[.]cn are quite unique.

Not only this, but the security analyst has compared the user traffic between both the domains, and they have observed that smspva[.]net received more traffic.

Therefore, the experts believe that enjoynut[.]cn was being used as a test server, whereas the smspva[.]net is being used in the production server.

Use of residential proxies

The online platform, as well as services, were generally used to authenticate new accounts just by validating the location of the user in the registration process.

However, the security researchers have used the Trend Micro Smart Protection Network to identify that the users of SMS PAV service are extensively using a variety of proxy services and distributed VPN platforms.

Here below we have mentioned all the budget Android phones that are affected:-

And here we have mentioned below all the infected locations:-

These kinds of security issues are quite often, and here the enterprise has the capability to monitor and intercept text messages from tens of thousands of devices.

The SMS PVA service operation not only shows the inadequacy and insufficient of one-time SMS verification. Luckily, Trend Micro has detected the malicious code, and they have blocked traffic to C&C servers.

But to solve the issue properly, the experts have claimed that a comprehensive solution is needed, as well as a challenging built-in fundamental assumption along with account verification as it will surely solve the problem clearly.