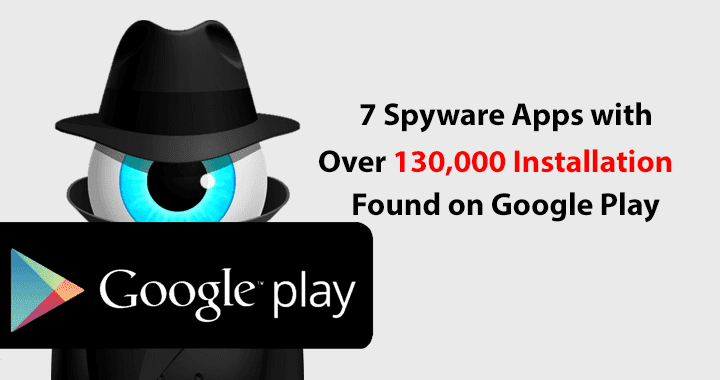 Google has removed 7 Stalkerware Apps from Google play that secretly spy on other users. The commercial versions of spyware apps known as stalkerware.

These stalkerware apps allow users to spy on employees, romantic partners, kids, and other users. This can be done by simply installing those apps on the targeted device and to grant access to personal data.

After installation, the apps prompt to the person who installed the app asking Email address and password, once it provided the app is sent there.

Security researchers from Avast observed 7 such apps on Google play likely to be developed by Russian developers that stalk people.

According to Avast, the “apps have been installed a combined 130,000 times, with the most-installed apps being Spy Tracker, and SMS Tracker, both with more than 50,000 installs.”

These apps are capable of uninstalling other apps from the targeted device and it also hides its icon to hide from the device owner.

The detected apps are capable of tracking the person’s location, collect their contacts, SMS and call history. Following are the seven apps

These apps promoting criminal behaviors and it can be used by anyone to spy on others. Nikolaos Chrysaidos from Avast identified these apps, “These apps are highly unethical and problematic for people’s privacy and shouldn’t be on the Google Play Store,” Chrysaidos said.

All the apps have been reported to Google and they have been removed from the Google play now. In the year 2018, Kaspersky identified 26,619 unique samples of stalkerware programs.

These apps are not distributed from Playstore alone, they are being advertised through online banners and by using ‘Black Hat SEO‘ techniques they move to the top of the search rankings.

More than 1,300 Android Apps Steals user Data Even After the Permission Denied