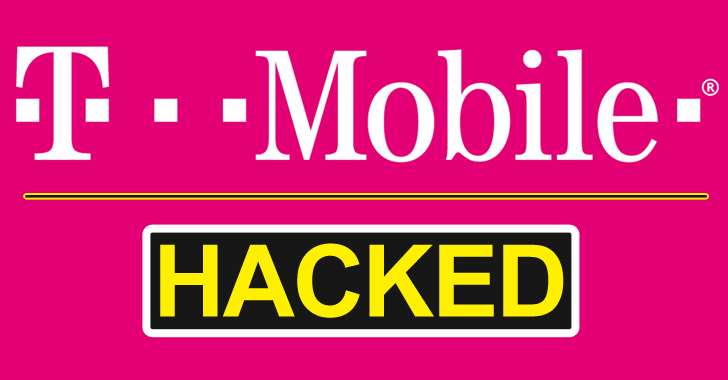 US-based telecom giant T-Mobile has undergone yet another data breach this time, revealing personal account data of both its employees and customers.

We have previously reported a T-mobile data breach in last year and this current breach notification posted on their website, T-Mobile persists on to state that its cybersecurity team newly discovered a sophisticated cyber-attack upon the email accounts of some of its employees.

Thus, in-service had appeared in the unauthorized access to sensitive information, including details of its customers and employees.

Therefore, “they want you to know about a sophisticated attack that they newly recognized and immediately shut down. Well, it may have influenced some of your account information,” thus, the company has announced that there was an attack by email that let in some ill-disposed players.

Now, the main thing is to know what exactly happened. Well, as we have mentioned above that their Cybersecurity team newly identified and shut down an ill-disposed attack against their email merchant that led to the illegal entrance to some T‑Mobile employee email accounts.

Out of that, some of the accounts contained information for T‑Mobile customers and employees.

Soon, an investigation was initiated, with support from preceding cybersecurity forensics specialists, to ascertain what happened and what information was moved. Not only this, they directly informed this matter to federal law enforcement and are actively assisting their investigation. Thus, T‑Mobile is in the process of notifying customers.

Though the telecom company did not reveal how the violation happened, when it occurred, and specifically how many workers and users did affect, it did verify that the dripped information on its users doesn’t include financial information like credit card and Social Security numbers.

As we said earlier that the company did not reveal exact information, but there are some common that are revealed by them.

Thus, the exposed data of an undisclosed number of concerned users include their:-

Well, the company stated that “they regret that this conflict happened. Hence, they consider the security of your information very sincere. While they have several safeguards in position to guard customer information against unauthorized access, they are also working on further simply to improve the security so that they can stay advanced and guard against this type of activity”.

So, what do you think about this? Simply share all your views and thoughts in the comment section below. And if you liked this post, then simply do not forget to share this post with your friends, family, and on your social profiles.