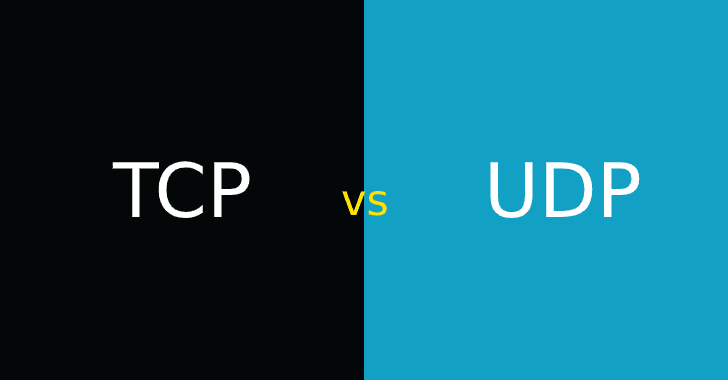 If you ever had to configure a firewall, set up a router, or just choose the best VPN for your computer, chances are you heard of the TCP and UDP protocols. However, if you’re reading this article, you’re probably confused about what they actually are, their purpose, and their main characteristics.

Today, we’ll have a look at the differences between TCP and UDP, as well as the reasons why there are two transport layer protocols.

What transport protocol is?

Before we can dive deeper into the differences between TCP and UDP, you should know what a transport protocol is in the first place. Both the User Datagram Protocol (UDP) and the Transport Control Protocol (TCP) are mechanisms used by applications and software to transfer packets of data on the internet.

In a nutshell, whenever you send data on the internet (such as sending a file over Skype or Facebook, or just a mail), the transfer protocol is like a postman that sends that information to the destination by splitting it into several small packages (packets).

They are both built on top of the IP protocol, meaning that each packet sent by either protocol is forwarded to an IP address through a series of intermediary routers.

In fact, neither one of them interacts directly with the IP layer. You probably heard of them as TCP/IP and UDP/IP – it’s the same thing. People just call them TCP and UDP for the sake of simplicity. Although they are, by far, the most used, the TCP and UDP are not the only two protocols working on top of IP. For example, there are many different VPN protocols used to hide and encrypt data.

What is the TCP?

TCP is a connection-oriented protocol that sends packets back and forth from the sender to the destination, and vice-versa. It ensures that every packet is delivered to the server in the exact order it was originally sent by establishing a two-sided connection between the sender and receiver.

It also uses a flow control mechanism that stores data in buffers. This way, the application will send data only when it’s ready to be received, preventing the sender to be overwhelmed, and avoiding bottlenecks. However, all this overhead work means that TCP is usually slower.

When it is more convenient to use TCP?

TCP is a very reliable transmission protocol that ensures that data is sent in a specific order and error-checked at all times. Since packets are tracked and checked for corruption, no data is ever lost even if network issues occur in between.

TCP is the best choice if you are hosting a website, or if you need to ensure that data is sent correctly and without risk of corruption. However, you need both sides to be online or communication cannot be set up.

As specified in the RFC768 document, UDP is the simplest protocol as well as the quickest and most efficient. Packets are lightweight since they’re sent with minimal headers, and no connection is established before datagrams are sent (connectionless). In fact, UDP is used to send emails – you just send them even if the receiver it’s offline.

To keep things simpler (and faster), no recovery is set – all corrupted or missing packets get discarded and are not requested again. The sender will simply keep sending the packets, regardless of whether the recipient receives them or not.

Packets are sent in a continuous stream with no flow control, meaning that data is transferred much quicker than TCP, but if a network issue occurs, all packets are dropped.

When it is more convenient to use UDP?

To keep things simple, UDP is better than TCP whenever you need speed over reliability. For example, it is the ideal choice in online gaming, where all you care about is what’s happening in real-time.

If you lost a packet while shooting someone, there’s no point in receiving it later. Other examples are applications that require speed and efficiency such as broadcasting platforms, or streaming networks. UDP is usually preferred in log management activities to avoid TCP-related timeouts or connection issues.

Both the TCP and UDP protocols have their benefits and drawbacks. Depending on your needs, you may prefer one or the other. Even today, there are many technologies such as emails or online gaming that necessarily require to use either a connectionless rather than a connection-oriented protocol, regardless of overhead, reliability, or speed.

What is a zoom call Transcription Software and Why Should You Use It?

How Secure Are Online Fax Services?