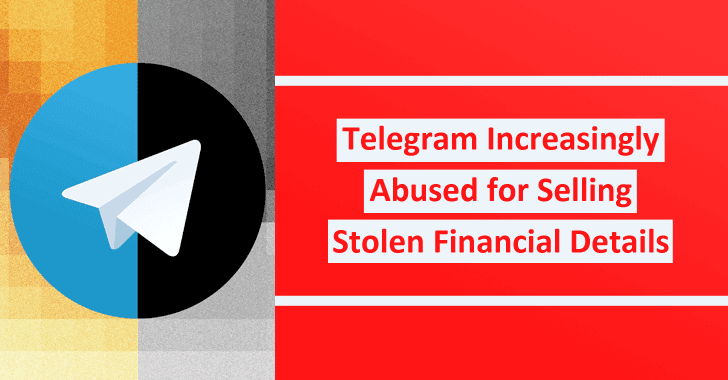 The cybercriminals are actively abusing the Telegram messenger for setting up underground channels and selling stolen financial details on them and also executing their other illicit activities as well.

They did so due to its features and user base, as Telegram has an active user base of more than 500 million, and not only it also offers end-to-end encryption communication to its users.

While apart from this, here we have mentioned other six key reasons due to which the threat actors find Telegram as one of the most lucrative selection to promote their malicious activities:-

In a recently published report, the cyber security experts at Cybersixgill have justified the data that they have collected throughout the following years:-

As they have claimed there is a tremendous drop in the sale volume of financial accounts in Telegram, but, it doesn’t mean that it’s an end, so, it still remains a stable issue.

During the analysis, the bot spam was filtered and mainly targeted the focus on the high-quality data in which several keywords were identified that are related to:-

Here, as compared to the report of 2020 the stark nosedive of 60% is the prevailing reduction of newly-issued credit cards that are issued during the pandemic.

“This stark nosedive in the discourse surrounding compromised accounts from 2020 to 2021 might seem remarkable, but it is not an isolated event; a parallel decrease was also identified in the total number of compromised credit cards sold on underground markets throughout the same period.”

Moreover, among all the mediums the threat actors have actively abused the services of PayPal that is followed by Chase and Western Union, as in the graph below you can see.

The attackers targeted and abused PayPal most due to its two key features:-

Most of the compromised accounts were used by the buyers for purchasing cryptocurrencies, and they are hard-to-trace which makes the execution of money laundering easier for the threat actors.

On Telegram channels at a smaller volume, credit cards are also offered by the threat actors. And price range varies between $10 to $1,500 for a single card, all these depend on the following points:-

All the stolen and compromised cards that are sold belong to the following services mainly:-

While apart from this, along with stolen credit cards, the attackers also sell compromised dank credentials, which are termed as “Logs” on the dark web.

On Telegram channels, all these are just a tiny part of the activities executed by the threat actors since Telegram offers several easy-to-use features and hard-to-trace anonymity which make this platform more vicious.