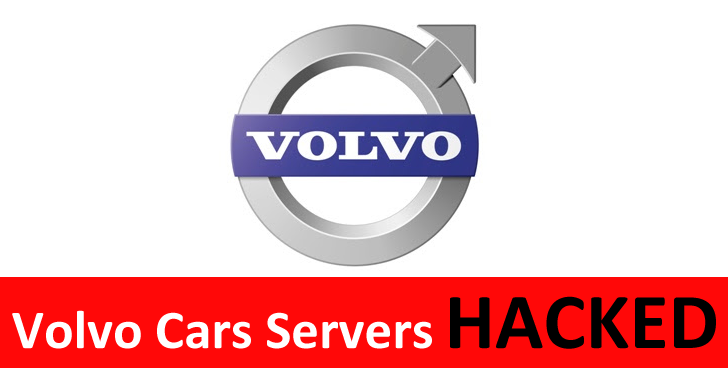 The Swedish carmaker Volvo Cars has recently declared that some of their servers were hacked by unknown threat actors, and in this data breach, the attackers have stolen crucial data regarding the R&D (Research and development information).

However, Volvo Cars acted immediately and promptly after detecting the unauthorized access and data breach. As a result, Volvo Cars implemented all the necessary security countermeasures in which they notified pertinent authorities along with their respective departments and prohibited all further access to its database.

Here’s the notice of cyber security breach published by Volvo:-

“Investigations so far confirm that a limited amount of the company’s R&D property has been stolen during the intrusion. Volvo Cars have earlier today concluded, based on information available, that there may be an impact on the company’s operation.”

“After detecting the unauthorized access, the company immediately implemented security countermeasures including steps to prevent further access to its property and notified relevant authorities.”

Till now the Volvo cars have not yet disclosed any key details regarding this hack, but, one of the renowned ransomware groups, Snatch ransomware has already claimed that this attack is executed by them.

On November 30, 2021, the Snatch ransomware gang breached Volvo Car Corporation’s servers in which they have stolen all the essential data of Volvo cars, and they presented screenshots of the stolen files as proof.

During the intrusion, the threat actors have leaked 35.9 MB of the data that they have stolen from the severs of Volvo cars.

But, as an assurance, the security authorities of Volvo cars have asserted that they are closely working with several third-party security experts to know the exact reason and close the loopholes.

Not only that even, they have also claimed that the safety or security of its cars or personal data will not be affected by this breach.

Apart from this, several vehicle manufacturers assume that for hackers this current trend of autonomous cars will unlock the door. So, in this case, to block hackers from exploring any backdoor, the companies need to make their security mechanisms and systems robust and updated.