Home Uncategorized Why Blackbox Testing is Important For The security of your application? 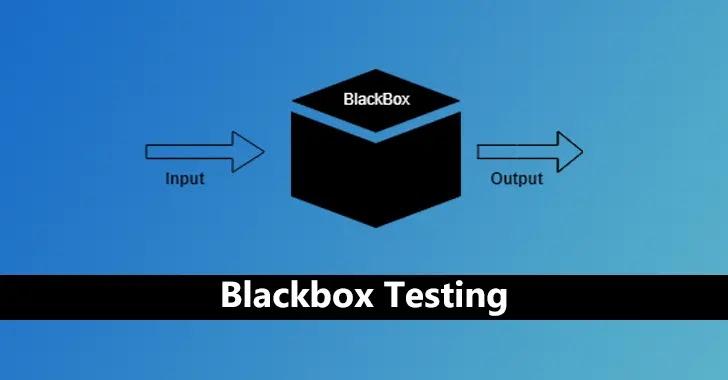 In the world of application development, security is a huge issue. With new threats being created every day, it can be hard to keep up with them all. One way that developers are finding to help combat this problem is by using blackbox testing. This blog post will explore what blackbox testing is and why you should use it for your next project!

What is Blackbox Testing?

Blackbox testing is when you test an application without looking at any of the internal source code. This means that all tests are written based on how it looks to a user, rather than what’s going on in the background with the programming language. This can be useful in many ways, including finding bugs that might not have been caught during black or white box testing.

Since blackbox testing does not require knowledge of coding or understanding how applications work internally, this makes it possible for anyone to actually conduct these types of tests. This allows security professionals and other testers who may not be as familiar with software development can help keep your app secure! Since people from various backgrounds will be able to find bugs during blackbox testing, developers do not need dedicate their time solely towards finding vulnerabilities within their apps. With so many threats emerging daily, blackbox testing can be a great tool that allows your team to stay on top of the latest threats!

Blackbox testing is unique in how it tests an application because black box testers do not have access to any internal source code. This means that black box testers will only know what happens when they send certain inputs into an app and then see the output from those actions.

When Should I Use BlackBox Testing?

You should use black-box testing whenever you are concerned about security vulnerabilities coming from different types of users, such as nontechnical ones or people trying to hack into your system for malicious purposes. Since black-box testing does not require coding knowledge, this makes it easier for more people to test your application for security vulnerabilities.

So blackbox testing is a great way for you and your team to quickly find any potential issues within an app! If you are interested in black-box testing, speak with one of our mobile developers today about how we can help make sure that your application is secure from threats!

How to Conduct Blackbox Penetration Testing?

When blackbox penetration testing is conducted, security experts and those who want to test the system will attempt to find vulnerabilities by inputting random data into an application. This can include using different inputs or manipulating values that are sent through the software. Blackbox Pentesting can be conducted by your internal security teams or by a third-party professional pentesting service. The pentesting pricing depends on the scope of the testing.

These blackbox testers will then analyze the output and see if there are any issues that arise from their actions. These testers may even try to find ways around certain security features or app functions in order to gain access to an application’s backend systems.

Once blackbox is performed by external pentesting engineers or ethical hackers, they find any security flaws within the system, then they will let developers know about their findings so that the devs can fix these exploits before someone malicious gets a hold of this information!

– Create blackbox test cases based on the app’s requirements. This includes making sure that your black box testing plan covers all areas of concern for potential vulnerabilities.

– List out every step that a user would need to go through in order to complete any functions within an application, including hiding certain pieces of information from other users who are not supposed to access it.

– Work with blackbox testers to come up with test cases that allow them to try and access information or perform actions without authorization.

– Analyze black-box test results to determine if any vulnerabilities were found within the app.

– If blackbox testers find a security flaw, let developers know about what was discovered so that they can fix it!

A blackbox test is a type of usability testing where you don’t know what is being tested. This can be useful if your organization needs to make big changes but are not sure which ones will work best in the end. It’s also great for when you want people to use their intuition instead of just doing things that have been done before or following instructions blindly.