Home Deals Why We Shouldn’t Be Afraid of Robots 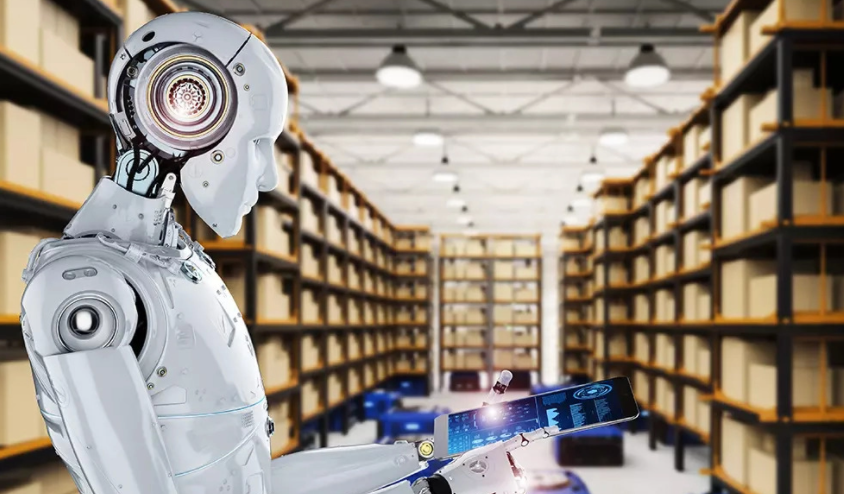 Robots surround us! But don’t be alarmed; they’re not that frightening. There are many valuable machines in your environment that you may not even know are robots.

Take, for example, the cash-dispensing ATM, which is technically a robot. The cash machine at your neighborhood pool is the same way.

That’s because “robots” are self-contained machines (usually programmable by a computer) that really can perform a complex series of tasks.

Amazingly, the first primitive robots date back to Leonardo da Vinci or earlier. Still, it has only been in the last fifty years that they have begun to play a significant role in human society.

Robots have become a crucial part of the industrial business, but they are also making headway into other fields.

People are becoming increasingly concerned about them as they become a more significant part of our culture.

It all stems from a lack of ideas & understanding, whether it’s a fear for their employment, existence, or something else completely.

Robotics is already a significant field, but it will probably become a larger part of our children’s lives as they mature into adults. Complex surgery, undersea exploration, farming, manufacturing, & space exploration are all areas where robots are being used. Drones, a form of robot, are already being utilized to deliver items by corporations like Amazon. As our children get older, they may see a robot rather than a doctor or perhaps be educated by robots. As a result, there’s a compelling justification for exposing them to this incredible sort of technology as soon as possible, and robots for children in Singapore will assist them in doing so.

Here are the reasons why we shouldn’t be terrified of robots but rather realize the incredible benefits that robotics programs for kids in Singapore may provide:

Because we live in a digital age, knowing how to code will become a more critical skill for young folks as they enter the workforce.

Robotics requires coding because it gives the rules that a robot must follow.

Kids can learn how to write so that robots can accomplish tasks through robotics programs, and they will encounter challenges along the road, but they will learn to overcome them.

Anyone interested in robotics or related industries will benefit greatly from having a working grasp of coding.

We don’t want to scare you, but there’s something you should know to start preparing yourself, your children, and your students.

According to recent research, 1 billion people will be replaced at work by robots in a little more than a decade.

We now live in a modern where technology is everywhere, as you are all aware.

We reside in smart homes, with networked devices and various software & gadgets that allow us to accomplish a plethora of tasks without ever leaving our sofa.

As a result, understanding how well this new-ish world works becomes essential.

We’re not just talking about how important human and social skills will be in the years ahead or about how much we admire the Vygotskian approach to learning; we’re also talking about something like a skill that our students must learn today to accommodate and succeed in tomorrow’s world, whatever they choose to do there: coding.

Problem-solving and creativity are encouraged in robotics programs

Children will face numerous challenges when programming robots to perform tasks, but they will learn that conquering them is the most enjoyable and rewarding part. They’ll also learn from their mistakes that various approaches to accomplishing a goal and broad-spectrum solving problems are essential. Robotics for kids can help them acquire the skills they’ll need to think imaginatively as well as the persistence they’ll need to solve complex issues.

Students are compelled to interact & interact with peers when they are given a task to fulfill.

They will be able to think critically and create solutions to the issue due to this experience.

Nothing makes an educator happier than seeing a kid have an “aha moment” and go above and above with an original concept.

Robotics programs are an excellent approach to introduce students to science and maths.

Children enjoy making things, but they don’t always comprehend the creativity that goes into challenging mathematics!

Kids will learn how numbers on a paper relate to physical outcomes & real-world applications via hands-on engagement with robots.

Learning about robots can aid in the development of critical thinking & logical reasoning skills in children.

To program robots to accomplish tasks, children will need to break down difficulties into several phases and work through them systematically.

Logic & scientific thinking are extremely transferrable talents necessary in science and mathematics and a wide range of other professions.

With the advancement of robots, we can now convey information in various educational disciplines such as electricity, electronics, & mechanics without having to abandon programming.

Numerous studies demonstrate a widespread interest in using robotics tools in educational settings to enable the internalization of enriched material through the concept of learning through play. The inclusion of robots in education is best justified by the employment of new methods and methodologies in response to the needs of the current era in which we find ourselves.

Robotics programs are a stepping stone to the future

There are many reasons children should learn basic robotics, but one of the most compelling is that robotics is set to become a significant field shortly. Robots will become increasingly difficult to avoid, just as computers did a few decades ago.

We are currently using ‘co-bots (robots that work close to people) to help us execute activities more efficiently, & robots will only become more common in the future. As a result, a basic understanding of robotics will likely be beneficial for practically everyone in the future, making it a vital factor to consider when selecting a summer camp for your child.

The most prevalent fears about robots are typically the result of a lack of information. Are you terrified of robots now that you understand these facts? Have you been there before? Let us know what you think in the comments!