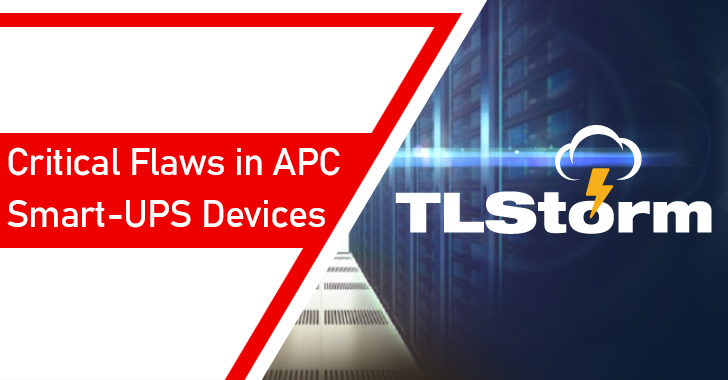 An APC Smart-UPS device is a type of backup battery that provides power back up to IT assets within a network. However, the three severe vulnerabilities that were discovered could allow an attacker to execute extreme attacks targeting both physical devices and IT assets remotely by taking over Smart-UPS devices.

The vulnerabilities were dubbed TLStorm, and by exploiting the detected critical flaws, an attacker can perform:-

Vulnerabilities that were uncovered by the recent APC security re-assessment are widespread and used in a variety of areas such as:-

Three critical vulnerabilities were detected, and here below, we have mentioned them all:-

Below we have mentioned all the products that are affected:-

Armis has claimed that these critical vulnerabilities were detected in the SmartConnect and Smart-UPS family of products which of APC would leave the devices exposed to several attacks.

The CVE-2022-22805 and CVE-2022-22806 were found in the implementation of the TLS; it’s a protocol that creates a link between Smart-UPS devices and SmartConnect, a cloud management feature of Schneider Electric.

The CVE-2022-0715 is the third one that is related to the firmware of almost all APC Smart-UPS devices, an unsigned firmware upgrade that can be updated over the network.

The cybersecurity analysts at Armis security firm has recommended a few security mitigations:-