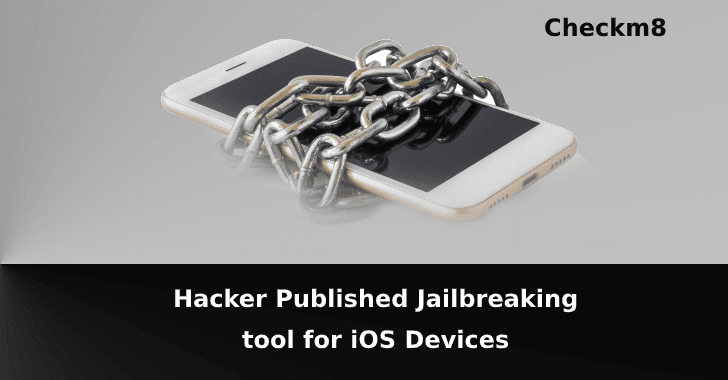 The tool is compatible with Mac and Linux and the tool will not work for the virtual machine. Also, the tool can be downgraded to jailbreak iPhone 3GS. To note Checkm8 is only the exploit not the Jailbreak tool with Cydia.

The exploit was published for free, by using the exploit iOS jailbreak community and researchers can develop a complete jailbreak tool.

Checkm8 leverages bootrom (called “SecureROM” by Apple), the bootrom in read-only mode, it is the first code executed on iphone while booting, exploits at this level can be fixed only by a hardware revision.

According to the researcher, the “EPIC JAILBREAK” vulnerability is permanent, “unpatchable bootrom exploit for hundreds of millions of iOS devices.”

Axi0mX also published a Jailbreak guide, Others features will be added soon, he said.

“A bootrom exploit for older devices makes iOS better for everyone. Jailbreakers and tweak developers will be able to jailbreak their phones on the latest version, and they will not need to stay on older iOS versions waiting for a jailbreak. They will be safer.”

Axi0mX said this vulnerability cannot be exploited remotely, the attackers need to have physical access to the device.