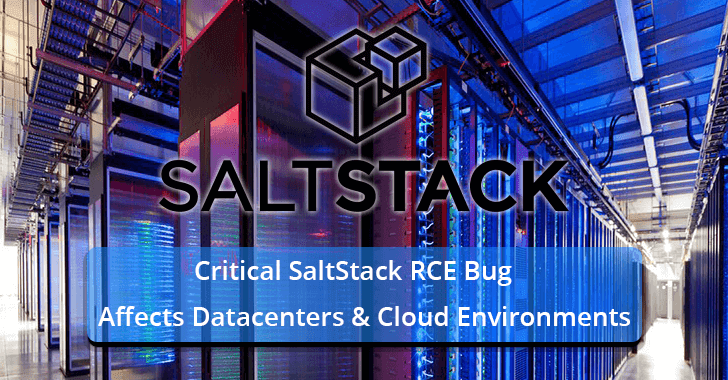 Salt management framework developed by SaltStack is a configuration tool used to monitor and update servers in datacenters and cloud environments.

Security researchers from F-Secure researchers discovered the vulnerability with 2019.2.4 and 3000 versions.

The vulnerabilities allow a remote attacker who connects to the request server can bypass all authentication mechanisms and publish arbitrary control messages, read and write files anywhere on the master file system.

Attackers can also steal the secret keys and authenticate as a master user, results in “full remote command execution as root on both the master and all minions that connect to it.”

CVE-2020-11651 – Resides in ClearFuncs class that does not properly validate method calls, which allows attackers to retrieve user tokens.

CVE-2020-11652 – The ClearFuncs allow access to some methods due to improper sanitization, it allows arbitrary directory access to authenticated users.

According to the scan by F-Secure more than 6,000 instances of this service exposed to the public Internet.

“We expect that any competent hacker will be able to create 100% reliable exploits for these issues in under 24 hours. Due to the reliability and simplicity of exploitation, F-Secure will not be providing proof-of-concept exploit code.”

The vulnerabilities have been reported to SaltStack and now they are patched in release 3000.2. Users are recommended to update with the latest versions.

“Adding network security controls that restrict access to the salt master (ports 4505 and 4506 being the defaults) to known minions, or at least block the wider Internet, would also be prudent as the authentication and authorization controls provided by Salt are not currently robust enough to be exposed to hostile networks.”