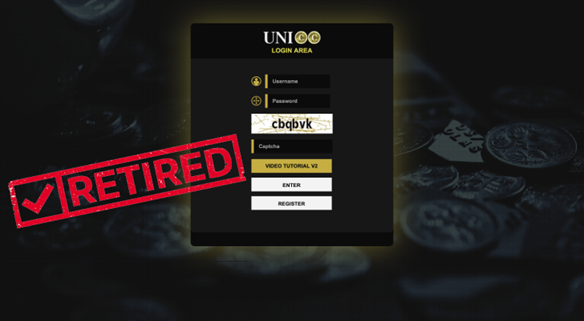 Though many vendors were available on the dark web, UniCC has been one of the largest marketplaces for stolen credit card vendors. They have been in the market since 2013 and have made an estimated $358 million in cryptocurrencies.

Previously, Joker’s Stash, another one of the largest credit card vendors announced their retirement in Jan 2021. Following them, UniCC has also announced its cease of services. UniCC took a lead of 30% in market share when Joker’s Stash left the market.

In 9 years, UniCC has received around $350 million dollars in Ether, Dash, Bitcoin, and Litecoin. Every day, tens of thousands of cards were listed and sold. They were known for their relatively low price than other vendors.

Statistically, Joker’s Stash received a large sum when compared to UniCC. But still, they managed to bag more than a quarter a billion in crypto.

Millions of card data were breached and stolen from online retailers, Banks, and other payment-based companies which were then sold at UniCC. Cards purchased from UniCC can be used to buy high-value items which in turn can be sold again to make actual money.

This was popularly known as “Carding”. This technique helps to turn crypto into cash.

A few months before, White House Market – One of the largest darknet drug market leaders were shut down. Cannazon and Torrez who were also the market leaders followed and did the same.

UniCC’s retirement might be due to avoid more law enforcement attention or the drift to run away with what they have. This is because of the fact that Slilpp one of the stolen credentials market leaders was seized by the FBI, who made $22 million in BTC.

The next question of the darknet users would be who might be the next. Carding market contributes $1.4 billion in sales with BTC alone.