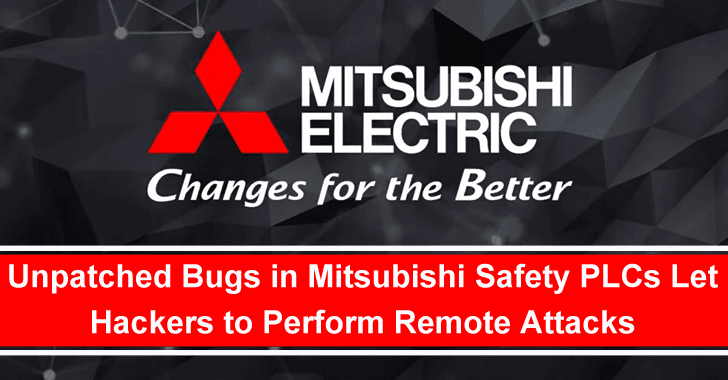 All these security flaws are associated with the implementation of the authentication of the MELSOFT communication protocol, it’s used to exchange data with the target devices.

Threat actors could exploit these vulnerabilities through brute-force attacks, unauthorized login to the CPU module, and denial-of-service (DoS) attacks to procure the legitimate user names that are manifested in the module.

The security analysts claimed that all these security flaws have affected several vendors and while analyzing the MELSOFT protocol they detected these vulnerabilities.

Here the MELSOFT protocol is used as the communication protocol for Mitsubishi PLCs and related software for GX Works3 workstations.

Over TCP port 5007 through a login/password pair the authentication using MELSOFT is implemented, which could be vulnerable to brute force attacks in some cases.

Here we have mentioned the Mitsubishi MELSOFT Authentication vulnerabilities with their respective CVE IDs and CVSS score below:-

Apart from this, the team of cybersecurity researchers at Nozomi Networks Labs have tested multiple methods that provide access to the systems, and they discovered that the threat actors can reuse the session tokens in come cases that are created after successful authentication.

At this stage, an attacker can easily block other users, once the attacker gain access to the system. As a result, it will lead them to manually disable the system by force simply to circumvent further risk.

Security analysts at Nozomi Networks Labs have recommended few general mitigations and here they are mentioned below:-

Moreover, in order to protect the systems from potential attacks, the report presented by the researchers doesn’t specifically mention any technical details of the discovered vulnerabilities or any POC code for exploring them.