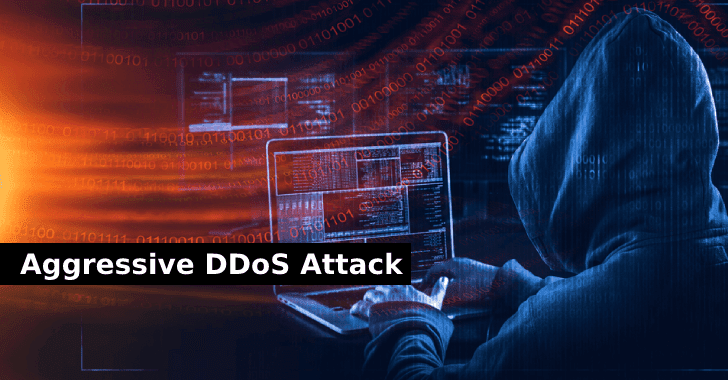 “On Monday, September 12, 2022, Akamai successfully detected and mitigated the now-largest DDoS attack ever launched against a European customer on the Prolexic platform, with attack traffic abruptly spiking to 704.8 Mpps in an aggressive attempt to cripple the organization’s business operations”, reads the analysis published by Akamai.

Akamai stated that the recent attack originate from same threat actor behind that Akamai blocked in July. Notably, it attacked the same customer.

“Distributed Denial-of-Service (DDoS) Attack” is a cybercrime in which the attacker floods a server with internet traffic to prevent users from accessing connected online services and sites.

While comparing, the number of cumulative attacks was 75 in July and in September it jumped up to 201. Also, in this recent attack the attackers launched the attack against 6 data center locations from Europe to North America.

These attacks culminated at extraordinary levels on September 12, when the “garbage” traffic sent to the target network peaked at 704.8 Mpps, about 7% higher than the July attack.

“The attackers’ command and control system had no delay in activating the multidestination attack, which escalated in 60 seconds from 100 to 1,813 IPs active per minute”, Akamai.

The company secured all of its 12 data centers, reports say nearly 99.8% of the malicious traffic being pre-mitigated.

“Having a proven DDoS mitigation strategy and platform in place is imperative for shielding your business from downtime and disruption”, concludes the report.