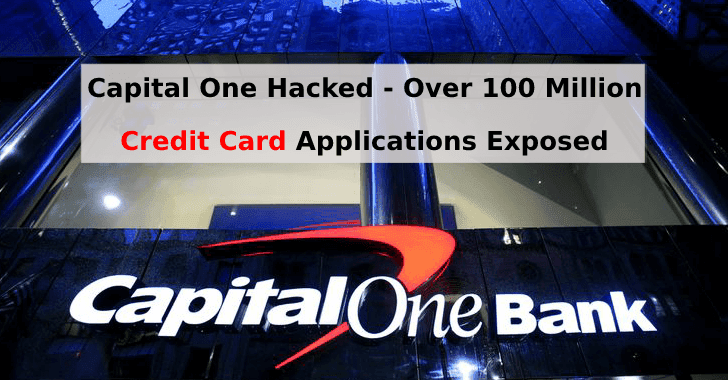 Capital one hacked, the hack exposed more than 100 million customers data across the US and Canada. The breach was learned by Capital One Financial Corporation on July 19, 2019.

“While I am grateful that the perpetrator has been caught, I am deeply sorry for what has happened,” said Richard D. Fairbank, Chairman, and CEO. “I sincerely apologize for the understandable worry this incident must be causing those affected and I am committed to making it right.”

The major part of the leaked information includes information on consumers and small businesses as who applied for credit cards between 2005 through early 2019.

As soon they aware of the intrusion they immediately fixed the vulnerability and started working with FBI, the FBI has arrested the tech worker associated with the breach.

According to court records, a woman Paige A. Thompson a/k/a erratic, 33, posted on GitHub about her theft of information form Capital One server, the intrusion occurs because of a misconfigured web application firewall that enabled data access. She is detained and pending for hearing on August 1, 2019.

“Capital One quickly alerted law enforcement to the data theft — allowing the FBI to trace the intrusion,” said U.S. Attorney Moran. “I commend our law enforcement partners who are doing all they can to determine the status of the data and secure it.”