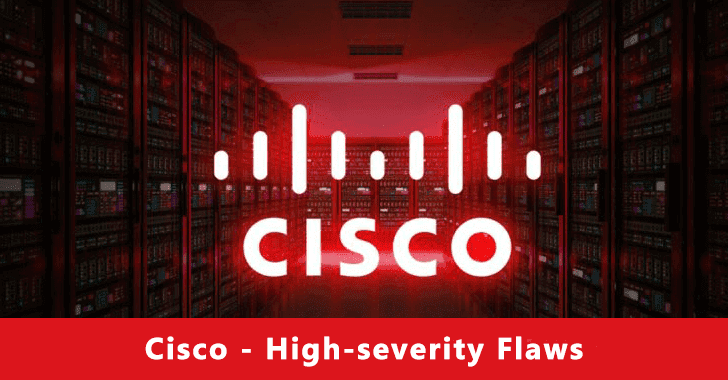 Along with this Cisco also fixes eleven medium-severity vulnerabilities in various Cisco devices.

The vulnerability resides with specific DLLs in the Cisco Webex Teams client for Windows allow an authenticated local attacker to load a malicious library.

The vulnerability is due to incorrect handling of directory paths at run time, Cisco fixed the vulnerability with 3.0.16269.0, and later, users are recommended to update with the fixed version.

Another high-severity security flaw resides with Cisco Discovery Protocol implementation for Cisco Video Surveillance 8000 Series IP Cameras could allow an unauthenticated, adjacent attacker to execute arbitrary code on an affected device or cause the device to reload.

An attacker could exploit this vulnerability by sending a malicious Cisco Discovery Protocol packet to an affected device.

Successful exploitation allows attackers to execute code on the affected IP camera or cause it to reload unexpectedly, resulting in a denial of service (DoS).

Cisco fixed the vulnerability with 1.0.9-5 and later, users are recommended to update with a fixed version.

The vulnerability resides in the web-based management interface of the Cisco Identity Services Engine (ISE) could allow an authenticated, remote attacker to modify parts of the configuration on an affected device.