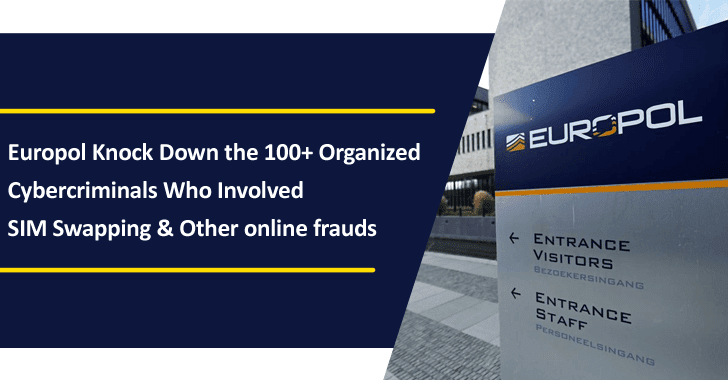 After the news, the police started their operation to find the cybercriminals, the operation led to the arrests of 106 people on the island of Tenerife in Spain, as well as in Turin and Isernia in Italy, who are involved in various cybercrimes and money laundering.

After arresting the cybercriminal, the law enforcement officers have proclaimed that this group of people was mainly involved in cybercrime like SIM-card swapping, as well as phishing and vishing, and they also try to comprehend the networks of companies, steal funds, or trick employees into transferring payments to accounts managed by the threat actors.

On completion of the investigation, the law enforcement has listed the overall results, and here we have mentioned them below:

Europol to support the field activities

Europol expedited the data that has been exchanged, the operational coordination, and implemented a brief of analytical support for this investigation.

The investigation has lasted over a year, and during the operational activities, Europol extended two investigators and along with that one forensic expert to Tenerife, Spain, and one analyst to Italy.

Not only this, Europol has also funded the deployment of three Italian researchers to Tenerife so that they can support the Spanish officials during the operation day.

However, the Joint Cybercrime Action Taskforce (J-CAT) at Europol has fully supported the procedure. The whole standing operational team involves cyber liaison officers that belong to different countries and those who work from the same department on high-profile cybercrime inquiries. But, when the threat attackers were recognized and perceived, the group abused the victim and telling them not to testify.