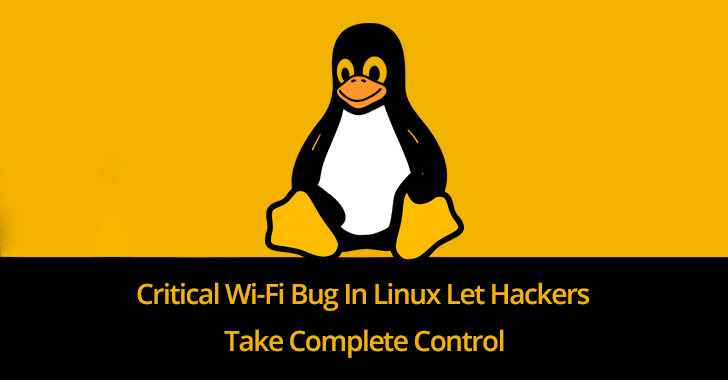 A newly discovered critical Wi-Fi vulnerability in Linux lets attackers compromise the system with the help of nearby Wi-Fi devices and crush the vulnerable machine.

The vulnerability resides in the “rtlwifi” driver that mainly supports the Realtek Wi-Fi chips model used in Linux devices.

By exploiting the vulnerability, the attacker will trigger the buffer overflow attack in the Linux kernel when the vulnerable Linux system with the Realtek Wi-Fi chip nearby the malicious device that handled by the attack.

A buffer overflow occurs when the process or a specific program attempts to write more data in buffer or block of memory than the actual buffer is allocated to hold the data.

A successful buffer overflow attack could trigger a response that damages files, change data or unveils private information, alter the data, and sometimes open the backdoor for attackers.

According to Nico Waisman, Security Engineer in GitHub “It’s a vulnerability that triggers an overflow remotely through Wi-Fi on the Linux kernel, as long as you’re using the Realtek (RTLWIFI), the driver.”

Notice of Absence protocol, a feature in rtlwifi driver in Linux to helps devices autonomously power down their radio to save energy.

The flaw exists in how the driver handles the “Notice of Absence” protocol built into Wi-Fi Direct ( a standard that allows two devices to connect over Wi-Fi without the need of an access point) in which an absence of checking the certain packets for a compatible length, the attack can add the specfic new information elements to crash the system.

The vulnerability only affects Linux devices that use a Realtek chip when Wi-Fi is turned on. The flaw can’t be triggered if Wi-Fi is turned off or if the device uses a Wi-Fi chip from a different manufacturer.

The vulnerability is tracked as CVE-2019-17666 and the Linux developers promise to fix the vulnerability coming days or weeks. Later the patch will be available for other Linux distributions.