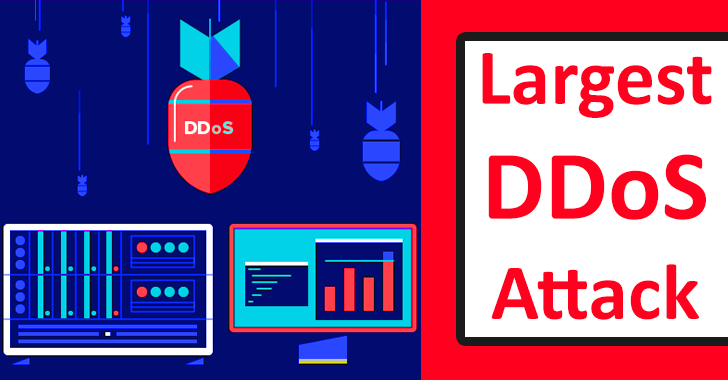 For the protection of Cloudflare customers last week, Cloudflare assessed 26 million requests per second and mitigated the attacks as part of a DDoS attack mitigation strategy.

While this DDoS attack has been registered as the largest HTTPS DDoS attack on record. In this attack, a botnet network consisting of approximately 5,000 devices launched this extreme attack.

During a peak cycle, each node of the cluster generated approximately 5,200 RPS on average. In this case, Cloudflare’s Free plan was used to attack the customer’s website. Cloud service providers were majorly attacked instead of residential internet service providers and this caused most of the damage.

This could define the size of the attack and suggests that powerful servers and compromised virtual servers have been assaulted badly during the attack.

“To contrast the size of this botnet, we’ve been tracking another much larger but less powerful botnet of over 730,000 devices. The latter, larger botnet wasn’t able to generate more than one million requests per second, i.e. roughly 1.3 requests per second on average per device. Putting it plainly, this botnet was, on average, 4,000 times stronger due to its use of virtual machines and servers.”

This is also an example of how the hijacking of cloud resources provides quite a significant power advantage over consumer device technology that is often much weaker, such as IoT devices that have much lower processing power.

Cloudflare has been witnessing record-breaking attacks year after year over the past 12 months. They recently reported a 17.2M RPS HTTP DDoS attack that happened back in August 2021. It is worth mentioning that they recently disclosed 15 megabits per second HTTPS DDoS attack in April.

With the help of their HTTP DDoS Managed Ruleset, all of the attacks were automatically detected and mitigated. Its own independent edge DDoS protection system provides an edge-based solution for HTTP DDoS managed rule sets.

There were over 212 million HTTPS requests made by this botnet from over 1,500 networks in 121 countries in just less than 30 seconds. Moreover, it has been estimated that approximately 3% of the attacks came from Tor nodes.

Here below we have mentioned all the top countries:-

Apart from this, both the attacker and the victim are likely to incur a greater cost when performing DDoS attacks over encrypted connections.