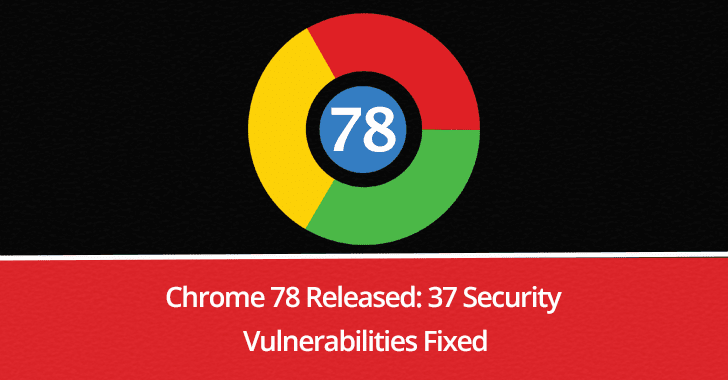 Google released Chrome 78 with the various new feature, improvements such as dark mode and fixes for 37 security vulnerabilities that affected the earlier version of Chrome.

Chrome 78.0.3904.70, a stable channel now available for Android, Windows, Mac, and Linux. Google scheduled to roll out Chrome 79 on October 31 as a Beta version.

Google announced DNS-over-HTTPS on September 10 and planned to launch Chrome 77. Due to some technical issues, the release postponed to Chrome 78.

DoH brings strong privacy for Chrome users and it runs on all supported platforms except Linux and iOS.

By enabling DoH, all DNS resolutions occur over an encrypted channel, helping to further safeguard user security and privacy.

For example, when we connected on a public WiFi, DoH would prevent other WiFi users from seeing which websites you visit, as well as prevent potential spoofing or pharming attacks.”

Google experimented with the DoH in the following providers.

Google added Forced Dark mode feature in this update and the user can enable dark mode for any website.

You can enable the “Force Dark Mode for Web Contents” flag at chrome://flags/#enable-force-dark and choose “Enabled with selective inversion of non-image elements” that works in a better way.

Google removed “Close other tabs” options along with other options including ”  ‘Reopen closed tab’, ” ‘New tab’ “, and added the ”  “New tabs to the right”.

Steps to update for Windows, Mac, and Linux desktop users

Android and iOS users can update the Chrome browser app from their respective App stores.