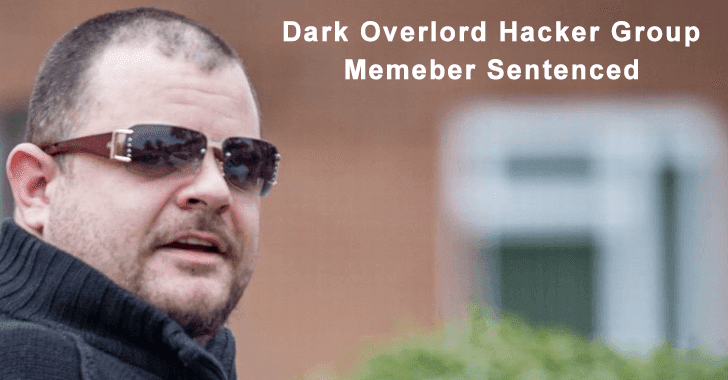 Nathan Wyatt, 39, United Kingdom national pleaded for his role in “The Dark Overlord” Hacking Group conspired to steal personal and medical data. He was sentenced to five years in federal prison.

The Dark Overlord is a well-known hacking group that specializes in stealing sensitive information and threaten victims with exposure unless the ransom is paid.

The group hacks multiple organizations in the US and UK to steal the data and threatens them for a ransom payment. The target number of organizations including healthcare, financial, legal, film, and others.

Nathan Wyatt was extradited from the United Kingdom to the United States on Dec 19, 2019, according to court documents he played a key role in hacking activity.

“U.S. District Judge Ronnie White for the Eastern District of Missouri sentenced Nathan Wyatt, 39, who participated in a computer hacking collective known as “The Dark Overlord,” which targeted victims in the St. Louis area beginning in 2016. Judge also ordered Wyatt to pay $1,467,048 in restitution.”

According to the indictment, The Dark Overlord has victimized innumerable employers in the United States, many of them affected repeatedly.

“Nathan Wyatt used his technical skills to prey on Americans’ private data and exploited the sensitive nature of their medical and financial records for his gain,” said Acting Assistant Attorney General Brian C. Rabbitt of the Justice Department’s Criminal Division.

Wyatt said that he was part of the group beginning in 2016 and he is responsible for accessing the number U.S. company’s computer network without authorization.

“Wyatt admitted that The Dark Overlord co-conspirators acted by obtaining sensitive data from victim companies, including patient medical records and personal identifying information, and then threatening to release the companies’ stolen data unless the companies paid a ransom of between $75,000 and $350,000 in bitcoin.”

He also said that he played a role in creating, validating, and maintaining communication, payment, and virtual private network accounts.

Wyatt apologized during the hearing, held via Zoom, saying that he was on medication for mental problems that led him to make bad decisions.

Wyatt lawyer, Brocca Morrison, noted that Wyatt did not orchestrate the hacks and is the only hacker who has been identified.

Operator Behind the Most Infamous GandCrab Ransomware Arrested in Belarus