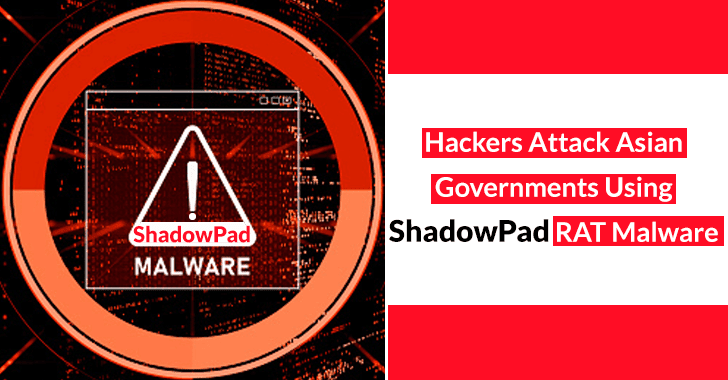 Recently, a cyber-espionage activity targeting government institutions in Asia has been identified by security researchers at the Symantec Threat Hunter team.

This activity is being carried out by a distinct group of threat actors which was previously associated with a renowned RAT, “ShadowPad.” A growing number of toolsets have been deployed and used by threat actors in recent campaigns.

The primary purpose of this current campaign is to target the Asian government and Asian public entities. Here below we have mentioned all the prime targets:-

In order to carry out the attack, a malicious DLL is first implanted. An executable file containing a .dat file inside of a legitimate app is launched in order to load this file through side loading.

The Bitdefender Crash Handler executable that was abused by these hackers is 11 years old, which is an example of a legitimate application being abused by hackers.

To steal user credentials from LSASS, the threat actors install the “ProcDump” after establishing backdoor access. It was again possible to side-load the LadonGo penetration testing framework by exploiting DLL hijacking.

Two computers in the same network were exploited by the hackers in order to elevate their privileges through CVE-2020-1472 (Netlogon). Crash Handler was executed by the attackers using PsExec.

Next, the hackers load the payloads from additional computers in the network using the DLL order hijacking trick. Users’ credentials and log files were accessed via a snapshot of the active directory server mounted by threat actors.

Furthermore, exploit attempts were conducted by the threat actors against other machines on the network using Fscan. In particular, leveraging the Proxylogon (CVE-2021-26855) vulnerability to compromise an Exchange Server.

There were many features that seemed to be custom built into this infostealer, which included the following:-

Attackers used the following payloads to carry out their attacks:-

The APT41 and Mustang Panda groups that are sponsored by the Chinese state have been linked to this campaign.

In this context, it is likely that this espionage campaign is being carried out by Chinese hackers. However, there is not enough proof to support a confident attribution based on the available evidence.