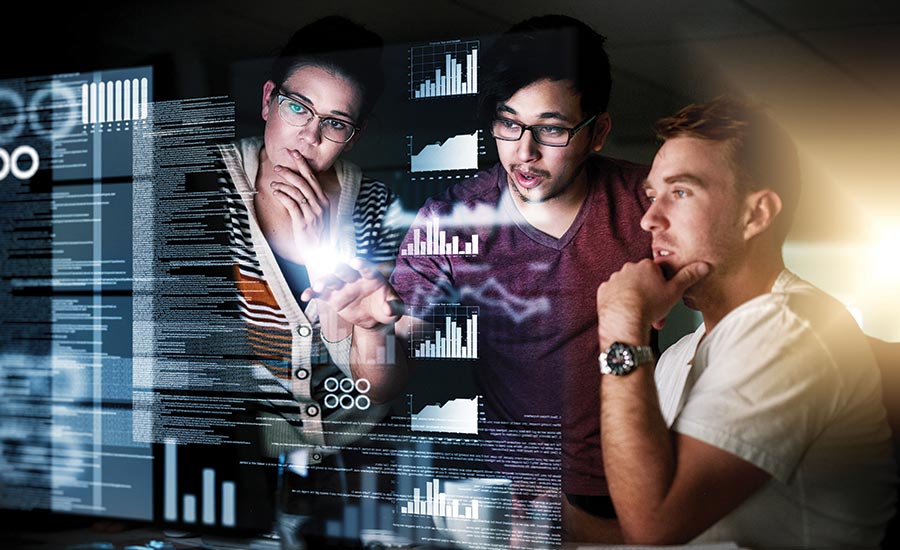 Do you have a passion for protecting those around you? Are you filled with a burning desire to fight crime and don the mantle of a protector? And most importantly, are you interested in making buckets and buckets of money in exchange for your efforts, with job security for the rest of your natural life?

As technology has continued to grow and develop, integrating itself into nearly every single aspect of our lives, cybercriminals have grown more creative and more clever, stealing hundreds of thousands of dollars worth of data for a relatively low investment. Cybercriminals have been around ever since the dawn of the internet, seeking vulnerable people and assets on the internet through which to conduct all manner of malfeasances: stealing identities, using hacked computers to transfer and steal data, and even directly robbing people of their assets.

And with the pandemic forcing many of us inside and to digital platforms to carry on with any sense of normalcy, rates of cybercrime have only gone up. With the way that our technology is continuing to develop and we’re getting more and more used to having a digitally integrated culture, it’s highly likely that cybercrime will only become a more potent threat to all of us as time goes on.

Putting aside the comic-book-esqué language and the altruistic intent that undergirds the field of cybersecurity, professionals in the business also make quite a bit of money, being in constant demand from companies looking to protect their assets. If any of the above has struck a chord with you, if you hear the call of duty (or even just the call of good ol’ George Washington), you might want to become a cybersecurity professional.

The Prevalence of the Threat

Lest you think that the threat of cybercrime is being overstated, here are some facts for your consideration: a study at the Clark School of the University of Maryland found that when their computers were connected to the internet, programmers with malintent attempted to hack them once every 39 seconds. With the frequency of attacks levied against ordinary folks, one of them is bound to succeed, and the results, if they do, can be devastating.

If a hacker detects and manages to exploit a vulnerability in your system’s security, they can then offload any number of suspect programs onto your device, making it an agent at their beck and call. Assuming they don’t lock you out of your own system by changing the passwords, they can create backdoors into your system which only they can access. Once their programs are uploaded to your computer, your computer will have been connected to their botnet, becoming one of a series of connected computers used for a variety of illegal purposes; These computers can be used to steal your data, perpetuate identity theft, and even impact other networks.

And this study was conducted in 2017; how much worse is it now, now that aspiring criminals can purchase hacking starter kits for as low as a dollar? How much more significant is the threat, now that thousands of dollars of data have been stolen from businesses across industries, with even the healthcare industry (and patient records) not being exempt?

As cybercrime continues to evolve, nobody will be safe, and experts project that it will be the source of hundreds of thousands of dollars of lost revenue as soon as 2025. As such, most corporations will do anything to protect their assets, seeking experienced, knowledgeable cybersecurity professionals and offering exorbitant salaries to those who sign-on.

If any of the above has piqued your interest, and you’re thinking you might want to transition into the cybersecurity field, you might want to consider attending a cybersecurity bootcamp. As opposed to going back to a four-year university, where you’re likely to spend thousands and burn four years off your life without even the assurance of a job when you graduate, cybersecurity bootcamps are short, intense programs meant to teach you everything you need to know to jump straight into a position. The length of these programs (and the cost) tends to vary depending on whether you’re a full-time or part-time student, though the average cost of these bootcamps is less than a single semester of college, and most take anywhere from 8 to 36 weeks; that’s significantly better than four years, don’t you think?

Network Security Tests: What You Need to Know