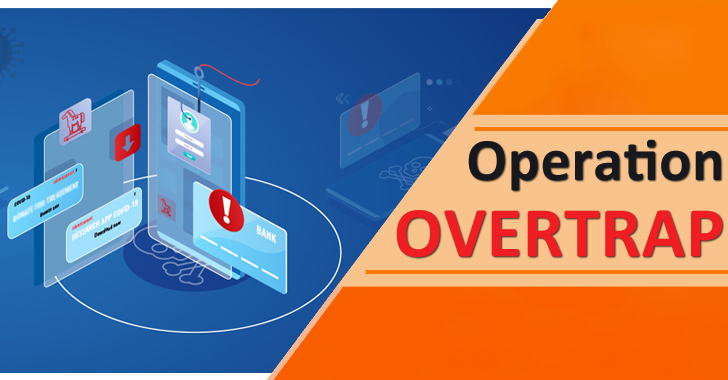 Cybersecurity experts at Trend Micro have recently found a new malicious campaign, through which threat actors can trap or infect its victims with its several sophisticated payloads.

This new malicious campaign is entitled as “Operation Overtrap,” and analysts have asserted that the attackers are using the three-pronged attack in this campaign. In this campaign, they are mainly targeting and stealing the banking credentials of the users from Japan.

Since April 2019 this malicious campaign, “Operation Overtrap” is active, and solely infecting Japanese users to steal their banking credentials.

According to the Trend Micro report, the threat actors uses three attack vectors in this campaign to spread the following things to steal banking credentials:-

The analysis report of Trend Micro claims the following attack vectors are used by the attackers to spread the infection:-

Initially, this malicious, Bottle Exploit Kit (BottleEK) was observed by the security analysts on September 29, 2019; and they detected that the attackers delivered a new complex banking trojan, known as “Cinobi”, instead of dropping a clean file.

In this campaign to spread and push this “Bottle Exploit Kit”, the threat actors have used a malvertising campaign which is targeted at users from Japan only.

The attackers used the Bottle Exploit Kit (BottleEK) to deliver the “Cinobi” banking trojan by exploiting two security flaws, and here they are mentioned below:-

The threat actors have used Cinobi banking trojan in this campaign, and the security researchers have affirmed that the banking tojan that is used in Operation Overtrap has two versions.

A variety of attack vectors are used to steal the banking credentials in this “Operation Overtrap” campaign by the attackers. That’s why the experts at Trend Micro have strongly recommended users and organisations to:-

So, by following the above-mentioned mitigations an organisation or user could easily prevent the threat actors from exploiting any security holes; and secure their networks.