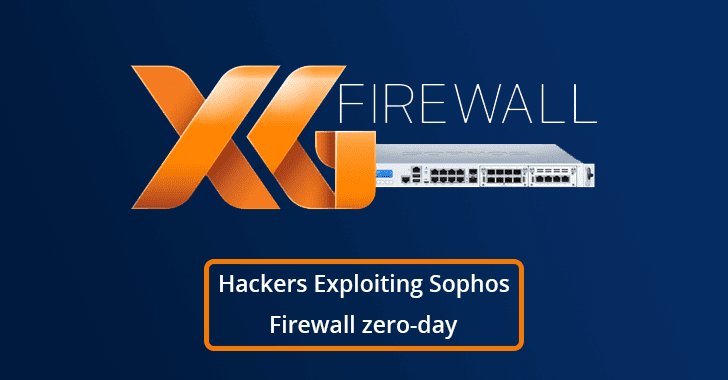 Sophos patched a SQL injection flaw with XG Firewall product that exploited by attackers in the wild.

Sophos informed about the bug on April 22, 2020, further analysis revealed that hackers can attack systems with either the administration interface (HTTPS admin service) or the user portal exposed on the WAN zone.

Also, the manually configured firewall that shares the same port as the admin or the User Portal was also affected.

An attacker could exploit a pre-auth SQL injection vulnerability to gain access to XG firewall devices, by using the SQL injection flaw an attacker can download a malicious file on the device.

Using the malicious code an attacker can exfiltrate usernames and hashed passwords of any local user accounts.

“This includes local device admins, user portal accounts, and accounts used for remote access. Passwords associated with external authentication systems such as Active Directory (AD) or LDAP was not compromised.”

Sophos said that there is no indication that the attacker can access the local network beyond the XG Firewall devices, reads blog posts.

After determining the components and impact of the attack, Sophos deployed a hotfix to all supported XG Firewall/SFOS versions.

This hotfix is aimed to eliminate the SQL injection vulnerability which prevented further exploitation, that stopped the XG Firewall from accessing any attacker infrastructure and cleaned up any remnants from the attack.

Users are recommended to apply the hotfix that eliminates the SQL injection vulnerability, for compromised devices it is recommended reset the passwords for all local user accounts.

“While customers should always conduct their own internal investigation, at this point Sophos is not aware of any subsequent remote access attempts to impacted XG devices using the stolen credentials,” reads Sophos blog post.

The vulnerability affects all versions of Sophos XG Firewall firmware on both physical and virtual firewalls, Sophos supplied hotfix (SFOS 17.0, 17.1, 17.5, 18.0), customers with older versions are recommended to upgrade with the supported version.