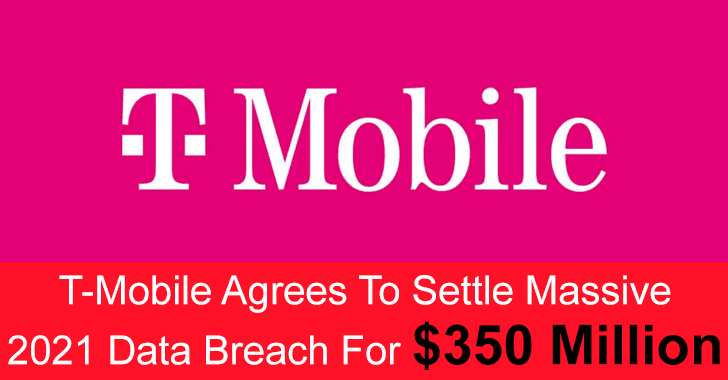 A class-action lawsuit brought by a group of customers against T-Mobile relating to the 2021 hack has been settled for $500 million. Approximately 76.6 million US residents’ personal information has been exposed due to this data breach.

T-Mobile is claiming that as part of the proposed agreement, it will contribute $350 million to a settlement fund that will be used for:-

Moreover, the company will have to spend $150 million over the next two years (2022 and 2023) to deal with data security and related technologies.

Over 100 million records of the company’s customers were being sold on the black market after their systems were breached. The types of data that were compromised are listed below:-

There is still a need for a judge to approve the proposed settlement agreement before it becomes effective.

T-Mobile, however, will have 10 days to put money into the fund if it is approved, so that it can notify the people who are eligible for the fund to pay for the costs.

The problem is that it is incomprehensible to estimate such a thing until an exact number of people is known who will file claims for compensation.

It is alleged that T-Mobile will be forced to settle a class-action lawsuit that accuses it of:-

During the settlement negotiations, T-Mobile denied many of these allegations and argued that the agreement was not an admission of guilt.

Despite this, they acknowledge that they will have to compensate the impacted customers. The data breach that occurred at T-Mobile was not the only response to the data breach, as there have been other responses as well.

Moreover, T-Mobile has also been accused of selling users’ information to marketers according to another report that appeared recently.

While it has been reported that T-Mobile has just launched a new program known as App Insights. In just over a year, it has gone from being a beta program to being fully operational.

A revised version of the FCC’s (Federal Communications Commission) rules on such attacks was proposed earlier this year. As a result of these new rules, companies and the people they serve will be able to communicate better with each other.