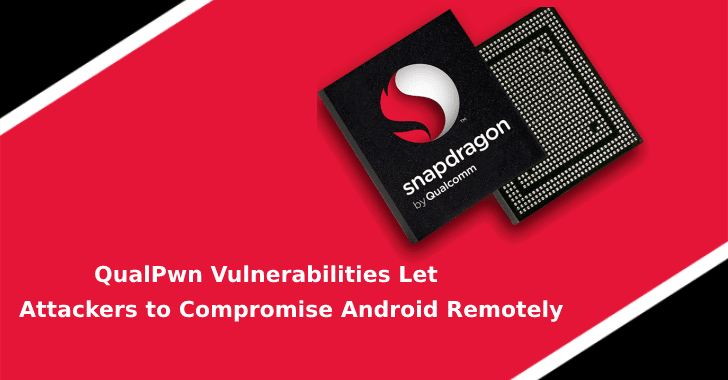 The series of vulnerabilities dubbed QualPwn, discovered by Tencent Blade Team, the first two vulnerabilities reside in Qualcomm chips and the third one in Android Kernel.

The vulnerabilities chained together allows attackers to compromise the Android device over-the-air without any user interaction. The over-the-air attack can be triggered if the victim and the attacker connected with the same WiFi network.

Researchers tested with Google Pixel2/Pixel3 and didn’t test with all the phones, “results of our tests indicate that unpatched phones running on Qualcomm Snapdragon 835,845 may be vulnerable.”

CVE-2019-10540 (WLAN into Modem issue) – Buffer overflow vulnerability that affects Qualcomm WLAN and the vulnerability is due to lack of check of the count value received in NAN availability attribute.

The vulnerabilities were discovered in February and the researchers reported the details to Google and Qualcomm. In June Qualcomm issued fixes and notified OEMs. Google issued patches for the vulnerability with the August security update.

Users are recommended to update with the latest security updates that rolled out August 5, 2019, that address both of the bugs.

The full details of the bug were and the exploitation steps were not yet disclosed, according to Tencent there is no public full exploit code available.