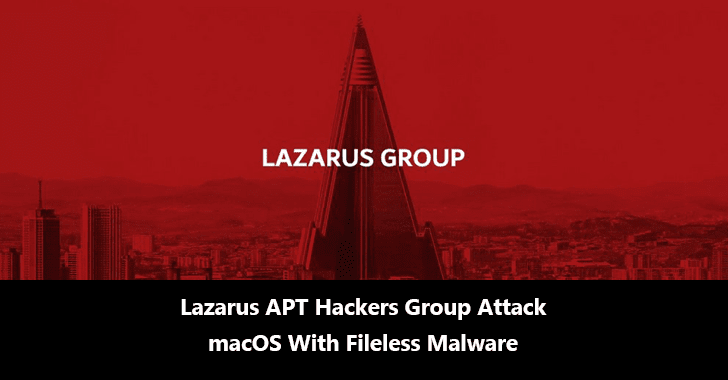 A Researcher from K7 Labs observed a new wave of fileless malware distributed by Lazarus APT Hackers Group to infects the MacOS users and delivers the fake cryptocurrency trading application.

Infamous Lazarus group involved various cyber-attack that GBHackers reported in the past, and its already targeted several financial organizations around the world using various advanced tools and techniques.

It is a rare scenario that the macOS malware goes fileless, and is a sign of APT’s are finding new methods to attack the mac world.

K7 labs observed the trojanized version of UnionCryptoTrader.dmg file, which is identified as a container of the Cryptocurrency trading application and a loader.

Researchers believe that the campaign could have been active since June 2019, and its delivered the UnionCryptoTrader.dmg file had no digital signature.

The files act as a container for a Cryptocurrency trading application and a loader that is capable of to load a remote payload directly from memory rather than via a file on disk, said Dinesh from K7 via a blog post.

Actors placed a persistent backdoor resource directory of an open-source trading application, and they are leveraging the post-install script to trigger their backdoor via a legitimate installation process.

“In this case, the post-install script is a shell script executes the loader (unioncryptoupdater) and the persistence file (vip.unioncrypto.plist) residing in the resource directory”

Once the Shell script gets successfully executed, the loader collects Mac’s serial number and OS information and shares these data to the Lazarus via C&C server.

In response, attackers send the remote payload, which undergoes a base64 decode followed by AES decryption.

According to the K7 report, the function called ProcessUpdate is responsible for executing the decrypted remote payload either directly in memory or after writing to a file on disk with executable permissions.

You can also read the complete technical write about this Mac malware from objective-see by Patrick Wardle.