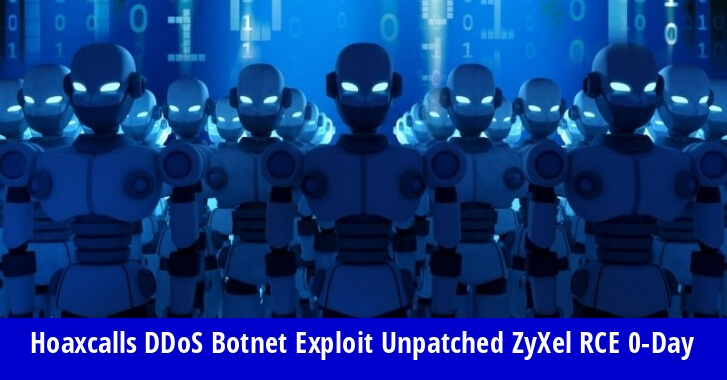 Hoaxcalls Botnet was initially uncovered by the Palo Alto research team on April 3 when the botnet was propagating via 2 patched vulnerabilities, while the Hoaxcalls carrying nearly 16 DDoS attack vectors.

The previous version of the botnet utilized three DDoS attack vectors: UDP, DNS, and HEX flood to attack the victim’s network by exploiting the RCE and SQL injection vulnerabilities.

The newly upgraded variant has contained new attack capabilities compared to the previous sample and, it was uncovered while monitoring the XTC Mirai campaign.

According to Radware report “A Remote Code Execution (RCE) attack is possible by abusing an insecure API due to unsafe calls to eval():”

Botnet loader script is hosted on the malware sever to leverage the exploit from the C2 servers using the following C2 server command.

Researchers believe that the attackers behind this campaign is working hard to find the new vulnerabilities leveraging new exploits to building a botnet that can be leveraged for large scale DDoS attacks.

You can read the complete report of Hoaxcalls DDoS Botnet operation here.